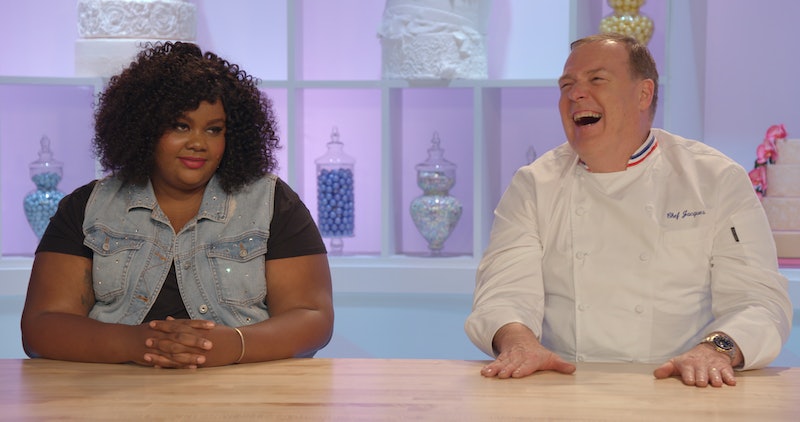 If Netflix’s chaotic baking show, Nailed It!, has proven anything, it’s that no amount of prep can make up for a lack of skill. Though the upcoming sixth season will see contestants compete in pairs instead of individually, an extra set of hands isn’t always a good thing on the show. “You’d think that things would get done quicker, or better, or faster, but none of that happened,” series host and producer Nicole Byer told Deadline in June. “Having someone extra just made it, I think, more fun and silly.”

The new format does, however, add a fresh spin to the series, which bodes well for its future. Though Netflix has yet to announced if Nailed It! will return for a seventh season, the show has been an undeniable success since its premiere in 2018. In three short years, it’s aired six seasons and two holiday specials as well as spawned international spinoffs in Mexico, France, Germany, and Spain. A large portion of that success can be attributed to Byer, who earned an Emmy nomination for her work on Nailed It! and became the first Black woman ever nominated for Outstanding Host for a Reality or Competition Program.

Ahead of Season 6, Byer spoke about why she thinks Nailed It! resonates so much with audiences. “We should normalize not being good at everything. I feel like on social media, we all try to present that we are the crème de la crème of whatever. But honestly, it’s kind of fun to not be incredible at something that you enjoy doing,” she told the Los Angeles Times in August. As for the future of the show, it sounds like Byer is down to keep it going as long as Netflix will have her. “I just want to keep making people laugh truly,” she said. “I just want a career that spans a very long time, and then I can retire and buy a yacht!”

Season 6 marks a departure from Netflix’s typical release schedule for Nailed It!, given that the prior seasons premiered in the spring instead of fall. However, should the show be renewed, fans can likely expect it to return to its usual timetable, with a seventh season premiering in spring 2022. Just don’t expect much of a heads up: Netflix announced Season 6 only three weeks before it hit the streaming service.

Neither Nailed It! nor Byer appear to be slowing down anytime soon. Byer was nominated for another Emmy in 2021 for her hosting duties, while the show itself picked up its third nomination for Outstanding Competition Program. The series’ tried and true formula of hopeless chefs stumbling their way through recipes hasn’t lost its appeal, and all signs point to more seasons and success — or rather, the opposite of success for the bakers.