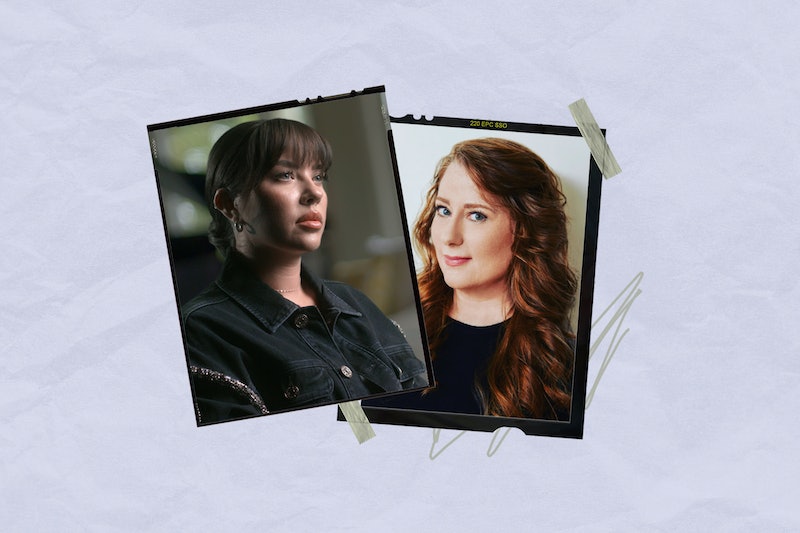 If you watched Pretty Wild, the short-lived but highly memorable E! reality series, chances are you’re already well-versed in the disagreement between Alexis Neiers Haines and Vanity Fair journalist Nancy Jo Sales — a conflict that’s once again at the front of the public’s mind, thanks to Netflix’s docuseries The Real Bling Ring.

But if you’re not familiar, here’s a quick recap: Pretty Wild, which debuted on E! Network in March 2010, centered around the fallout from Neiers Haines’ involvement in the Bling Ring — a group of teenagers who burgled a series of celebrity homes in the late ‘00s. In an attempt to restore her image amid the Bling Ring media blitz, Neiers Haines agreed to be interviewed for a story in Vanity Fair, which was written by Sales, a contributing editor to the magazine. As The Real Bling Ring recounts, Neiers Haines’ attorneys believed that a sympathetic portrait of their client would restore her image and sway public opinion in her favor. However, Neiers Haines was not happy with the finished piece, and continues to feel it was unfair. In a 2019 story for Bustle, Neiers wrote that Sales “was not at all honest” and that Sales “totally f*cked me.” More recently, Neiers told E! News, “I don't think Nancy Jo is capable of being honest with herself and her motives, still to this day.”

Sales has addressed Neiers Haines’ complaints in the past; in a follow-up piece in Vanity Fair in 2020, she wrote, “I don't know why [Neiers Haines] thought [a puff piece] was what she was going to get, because it was not something I ever promised.” Sales also felt it was time for Neiers Haines to move on: “I recently saw a headline that said, ‘Pretty Wild’s Alexis Neiers Recreates Infamous Nancy Jo Voicemail 10 Years Later,’ and it just made me sad. After 10 years, I think it’s time to let it go,” she wrote.

Public interest is now surging again amid the release of The Real Bling Ring, but for Sales, the docuseries mostly feels like old news. “There wasn't a lot in it that hadn't already been reported by me or others,” she told Bustle over email. “In many ways it just follows the narrative of my book, The Bling Ring — using not only all the same sources but also the device of playing the contrasting stories of Alexis Neiers Haines and Nick Prugo off each other’s.” However, Sales was interested to learn that Neiers Haines had reported Prugo to the police, which Neiers Haines confessed to in the doc. “She never told me that, that she was the one who dropped the dime on Nick. Which of course led to her own arrest, down the road, when he told about her involvement. It sheds new light on her character,” Sales said. “Some people have criticized the new Bling Ring doc for being too sympathetic to the criminals. But I think unintentionally or not it does a fairly good job of letting them reveal themselves.”

Ultimately, Sales only had one quibble with The Real Bling Ring. “I do wish the producers had been honest enough to show that, contrary to what Neiers Haines says in the doc, I absolutely did interview Nick Prugo about his wardrobe and indeed his shoes,” Sales said. “It was a story about kids stealing luxury items, so of course I was going to interview them about the luxury items they had and wore — which I did with all of the ones I got to talk to, not just Alexis, in both the article and my book.”

Sales also was intrigued by how younger viewers, who are less familiar with the story of the Bling Ring, reacted to The Real Bling Ring — and particularly how they honed in on the whiteness of the well-known Bling Ring members. (While there were people of color in the Bling Ring, like Rachel Lee, Roy Lopez, and Diana Tamayo, they’ve been less eager to speak about their involvement publicly; while Sales was reporting her story and later her book, she sought to speak with them, but they declined her interview requests.) “What's interesting to me is that this younger generation is calling out the Bling Ring burglars for their white privilege, for how they talk about their crimes with nonchalance or even pride,” Sales said. “I've seen a lot of posts that bring up how, if these criminals had not been white, they would have suffered greater consequences.”

This story has been updated to include Sales’ response to Bustle’s questions. A previous version of this article mischaracterized Sales’ intentions in a quote, saying that she wanted the public interest around Neiers Haines to die down; in fact, it was Neiers Haines who Sales wished would “let go.”

This article was originally published on Sep. 26, 2022