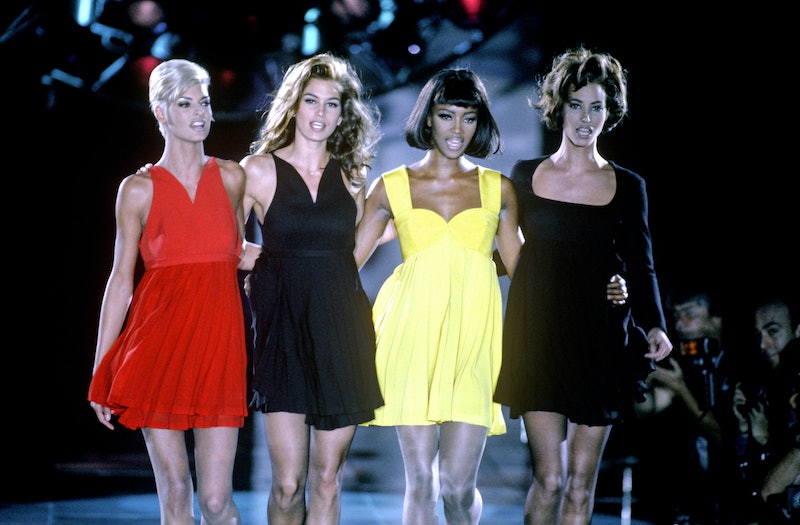 Naomi Campbell is one of the most fascinating women in fashion history. She is best known for being part of the golden era of the supermodel back in the 1980s, alongside other notable figures such as Cindy Crawford. So the fact that Naomi Campbell has announced an Apple TV documentary — which will offer unprecedented access to her along with three other supermodels — is probably some of the most exciting news of 2020.

"My sisters Christy, Linda, Cindy and I are extremely thrilled to share our story with the world and there could be no better partners than Brian Grazer, Ron Howard which is a dream come true to bring it to life, as we knew they would respect and honor our story. We hope our journey seen in the docuseries will encourage, motivate and inspire young people around the world. We look forward to this great adventure ahead with director Barbara Kopple. The Supermodels coming to @AppleTV."

Apple TV then released a press statement, explaining what we can expect from the upcoming show. The streaming giant wrote that the series will be an "unparalleled event" that will feature "exclusive access to and interviews with Naomi Campbell, Cindy Crawford, Linda Evangelista and Christy Turlington."

The four stars will "revisit their iconic modelling careers and collective disruption of the '90s fashion scene, which continues to reverberate today."

"As the fashion industry continues to redefine itself – and women’s roles within it – this is the ultimate story of power and how four women came together to claim it, paving the way for those to follow," Apple TV said.

There's currently no word on when we can expect the series, but given that it has just been announced, it may be a little while yet.