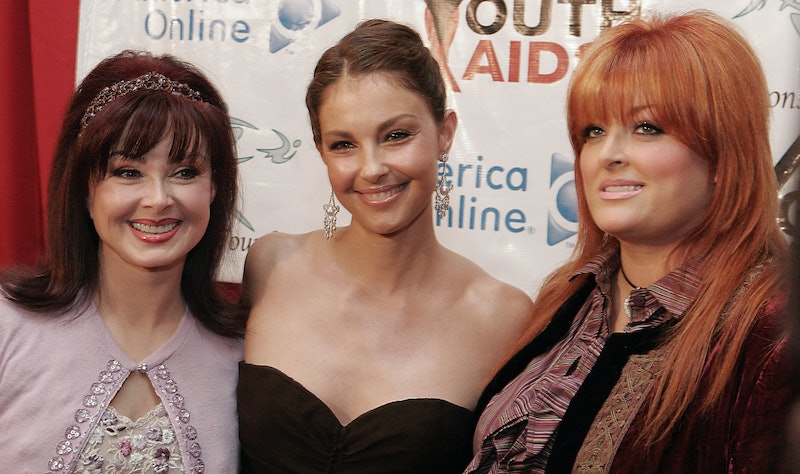 The Judd family has lost its matriarch, and the impact is even further-reaching. Country music singer Naomi Judd died on Saturday, April 30, her daughters, musician Wynonna and actor Ashley, announced in a statement. They wrote that her death was due to “the disease of mental illness.”

“Today we sisters experienced a tragedy,” read their statement posted to Ashley’s Instagram. “We lost our beautiful mother to the disease of mental illness. We are shattered. We are navigating profound grief and know that as we loved her, she was loved by her public. We are in unknown territory.”

Judd, who was half of the five-time Grammy-winning singing duo The Judds alongside Wynonna, is indeed very much missed already. The loss shocked fans, and many shared their condolences with the Judd daughters on Instagram and also let them know what she’d meant to them. In Ashley’s comments section, people described her as “a bright light,” “a beautiful person,” “a blessing,” and more. “Sending you peace as you navigate and as you mourn her loss, and celebrate her life,” one person wrote.

Ashley’s fellow actor and friend Reese Witherspoon was among those who were saddened by the news. “Oh friend. My heart is broken for you & your sister,” she commented on Instagram.

Meanwhile, on Twitter, numerous musicians and Hollywood figures also chimed in. “Rest In Peace, Naomi Judd. Honored to have witnessed ‘Love Can Build a Bridge’ just a few short weeks ago,” country singer Maren Morris wrote. In another tweet, Broadway legend Kristen Chenoweth recalled having the honor of meeting Judd and how “incredibly kind” she was.

Others in the entertainment industry had similarly fond memories, from those who’d interviewed Judd to those who worked with her. Comedian and one-time Star Search contestant Loni Love wrote about when the country star gave her a perfect score on the show that “changed [her] life,” adding that “now the world is a little less bright without her.”

Shortly before Judd’s death, she and Wynonna had been preparing to embark on one last tour together. The musicians announced The Judds: The Final Tour on April 11 and had already sold out at least three of the 10 shows. They were also going to attend an event celebrating their entrance into the Country Music Hall of Fame on May 1. In the immediate aftermath of Judd’s death, there have not yet been updates about these events.

Judd first spoke out about suffering from severe mental illness when she released her 2016 memoir, River of Time: My Descent into Depression and How I Emerged with Hope. Speaking to ABC News that December about why she wrote the book, she said, “Because what I’ve been through is extreme.” She explained that “it was so deep and so completely debilitating and life-threatening.” In the years afterward, she continued her fight to reduce the stigma surrounding mental health issues, including partnering with the National Alliance for the Mentally Ill and the Vanderbilt Psychiatric Hospital.

More like this
Ashley Judd Wrote About Late Mom Naomi, Choice, & Motherhood In A Powerful Essay
By Grace Wehniainen
Britney Spears Thanks Fans After Miscarriage & Explains Why She's Writing A Book
By Jake Viswanath
Fans Think Adele & Rich Paul Have Bought Their First Home Together
By Sam Ramsden
Kourtney & Travis Crashed His Daughter’s TikTok Live In Their 2nd Wedding Outfits
By Grace Wehniainen
Get Even More From Bustle — Sign Up For The Newsletter