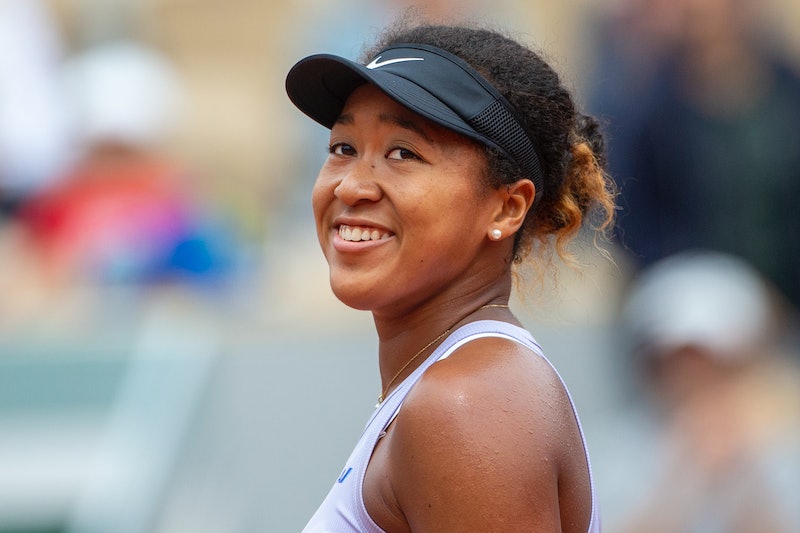 Sometimes, in order to be heard, you need to take drastic measures, even if it means not doing something you love or backing out of a huge commitment. Tennis star Naomi Osaka pulled out of a semi-finals match at the Western & Southern Open on Thursday, Aug. 27 in protest of Jacob Blake's shooting. She joins a number of walkouts in the athletic world in support of the Black Lives Matter movement after Blake, a 29-year-old Black man, was shot in the back several times by a police officer in Kenosha, Wisconsin, on Monday, as seen in a viral video that has sparked renewed protests nationwide.

Osaka, the world's highest-paid female athlete, announced her decision in an Instagram post, saying that her identity as a Black woman comes before her career. "As a Black woman I feel as though there are much more important matters at hand that need immediate attention, rather than watching me play tennis," she wrote, before explaining her goal. "I don't expect anything drastic to happen with me not playing tennis, but if I can get a conversation started in a majority white sport I consider that a step in the right direction."

"Watching the continued genocide of Black people at the hand of the police is honestly making me sick to my stomach," she continued. "I'm exhausted of having a new hashtag pop up every few days and I'm extremely tired of having this same conversation over and over again. When will it ever be enough?"

Following Osaka's message, the Women's Tennis Association released a joint statement with USTA and the men's ATP Tour in support of the athlete and announced that all semi-final matches scheduled for Thursday would be rescheduled to Friday, Aug. 28. "As a sport, tennis is collectively taking a stance against racial inequality and social injustice that once again has been thrust to the forefront of the United States," the statement read. Osaka has not confirmed whether she'll play in the rescheduled match on Friday.

By pulling out of the semi-finals, Osaka joins the players of several NBA teams, including the Milwaukee Bucks and Orlando Magic, who refused to play in their play-off games on Wednesday in protest of Blake's shooting. The NBA supported their players' decision to protest and postponed all three scheduled play-off games. The WNBA and MLB quickly followed suit and decided to postpone their own games to bring attention to Blake's shooting and the BLM movement.