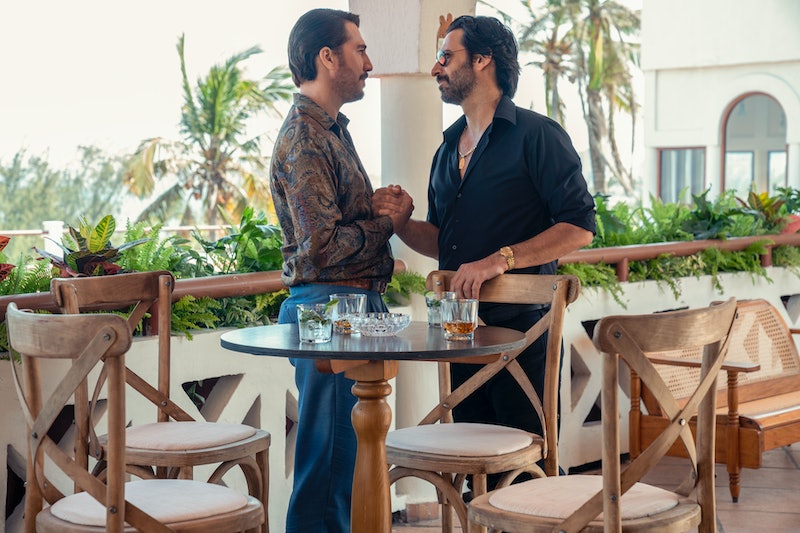 After three seasons, Narcos: Mexico is coming to an end. The third and final season of the Netflix series, premiering on Nov. 5, will pick up in the ‘90s following Félix Gallardo’s arrest, as his cartel splinters and rival factions battle it out for control of the drug trade.

“You can look at Season 1 of Mexico as consolidation of power, and Season 2 as the erosion of it — and then what comes in its place is chaos,” series co-creator Carlo Barnard, who took over the role of showrunner from Eric Newman, told The Hollywood Reporter in February 2020. “If you view the Mexican chapter of Narcos as an acceleration into chaos, the end of Season 2 is very much where we become untethered. We’re hurtling out of control, and where it leads is our incredibly bloody present.”

Though the real Gallardo initially continued running the Guadalajara cartel from his jail cell until he was moved to a maximum security prison in 1992, the character will not be featured in Narcos: Mexico Season 3. Diego Luna, who plays Gallardo, told Indiwire in April 2020 that he needed a break from the story after several years of filming. “At the beginning it was fun, but then it became really heavy for me. I need rest,” he said. His focus has also shifted, as he’s set to star in an as-yet-untitled Disney+ series centered around his Rogue One: A Star Wars Story character Cassian Andor.

In place of Gallardo, Season 3 will see the rise of Amado Carillo Fuentes (José María Yazpik), aka The Lord of the Skies, who’s known for transporting product via fleets of jets. For the first time ever, the show will also implement a female narrator, Andrea Nunez (Luisa Rubino), a Mexican journalist covering the events of the season.

Though the Narcos: Mexico team hasn’t said much about their decision to end the series, it’s not impossible that the story could continue in another spinoff. The first season of Narcos: Mexico was initially intended as the fourth season of Narcos, but was ultimately developed as a companion series. Narcos was set in Colombia, while Narcos: Mexico obviously took place in Mexico. A spinoff series could potentially move the story to a new location.