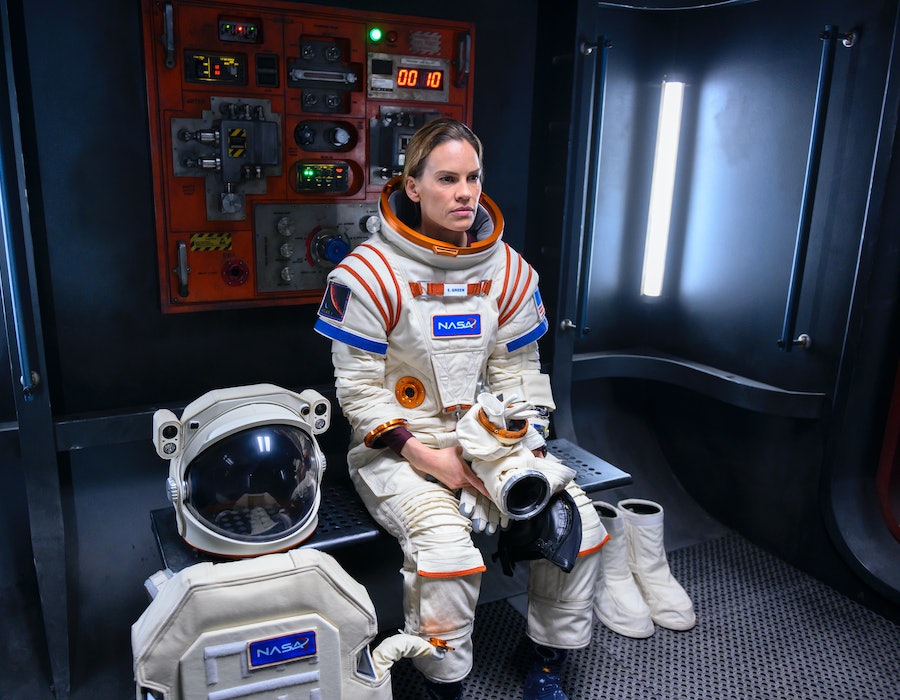 As the great Shangela once said on Ariana Grande's song "NASA": "This is one small step for woman, one giant leap for womankind." Netflix's Away teaser takes Hilary Swank to space as she attempts to be the first person on Earth to step foot on Mars as part of a three-year mission. But as the teaser quickly reveals, she has to make some huge sacrifices to make history.

Away follows Swank as American astronaut Emma Green, who is embarking on the world's first journey to Mars and leading an international space crew, including a Chinese chemist, an Indian Air Force pilot, and a British-Ghanian botanist who hopes to start growing life on Mars. But by taking on this historic mission, she must leave behind her teenage daughter Alexis (Talitha Bateman) and NASA engineer husband Matt (The Good Wife actor Josh Charles), at a time where they need her most. As the mission gets further underway, the effects of being light years from home complicate life in space — but brings the crew closer together.

In a press release obtained by Bustle, Netflix describes the 10-episode series as a "thrilling, emotional drama on an epic scale that celebrates the incredible advancements humans can achieve." The chilling new teaser sees Swank as she floats in her spaceship, reading a letter that she wrote to her family to get all of them through this trying time. "Just remember the further away I get, I'm just getting closer to being back to you," she says in a voiceover.

This isn't the first time Swank has gone to space, at least on screen. Last year, she starred in the sci-fi original film, I Am Mother, for Netflix. But this is the first time she's doing so in a more grounded story. Away is loosely based on a 2014 Esquire article of the same name, which followed the story of astronaut Scott Kelly's mission in space (spoiler alert: he didn't go to Mars, so this crew is already one step ahead.)

Away will premiere on Netflix on September 4, so if you need an out-of-this-world expedition (literally) to get your mind off of quarantine, jump onboard.