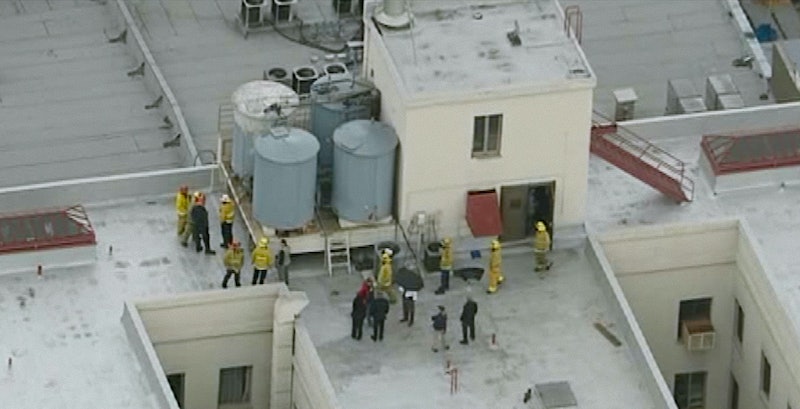 Netflix has been supplying some seriously excellent true crime content lately. In the past few months alone, we've had documentary series such as The Ripper and The Night Stalker, both of us which had us gripped and shed light on important historical cases. And now there's another series to look forward to: Crime Scene: The Vanishing at the Cecil Hotel. But after finishing the short series, I have to know: will there be a second season of Crime Scene?

Well, sadly, news about a second series this is currently pretty sparse, but there has been some hopeful commentary around the subject. Specifically, there's been brief talk about the series continuing as a franchise that explores other shady locations (which would make sense, given how the title is formatted).

Variety, for example, has reported that while the first series concentrates on the Cecil Hotel, others afterwards will look at different places. "We will explore a particular location and the social forces that contribute to its criminal history, while also looking at specific crimes within that context," director Joe Berlinger told them.

We also have to consider the fact that series one is so incredibly short; a mini-series with four hour-long episodes hopefully suggests we can look forward to more and that these initial episodes are just being used to whet our appetite.

Crime Scene: The Vanishing at the Cecil Hotel covers the bizarre story of Elisa Lam, a Cecil Hotel guest whose body was discovered in a water tank on the roof of the hotel. This was just the latest in a string of mysterious and gruesome happenings at the now infamous hotel, which has seen the likes of serial killer Richard Ramirez (the 'Night Stalker') stay there.

As mentioned, the show was directed by Emmy-winning director Joe Berlinger, who is also responsible for other Netflix true crime hits like Conversations with a Killer: The Ted Bundy Tapes and Jeffrey Epstein: Filthy Rich. All four episodes of Crime Scene: The Vanishing at the Cecil Hotel are available to stream on Netflix now.

More like this
A New Netflix Doc Will Explore The Unsolved Murder Of Jill Dando
By Sam Ramsden
Everything To Know About The 'Daisy Jones & The Six' TV Series
By Maxine Harrison and Brad Witter
'Brookside' Is Coming Back & Soap Opera Fans Are Going Wild
By Sam Ramsden
Yes, You Can Stream ‘To Leslie’ In The UK Now
By Sam Ramsden
Get The Very Best Of Bustle/UK
Sign up for Bustle UK's twice-weekly newsletter, featuring the latest must-watch TV, moving personal stories, and expert advice on the hottest viral buys.