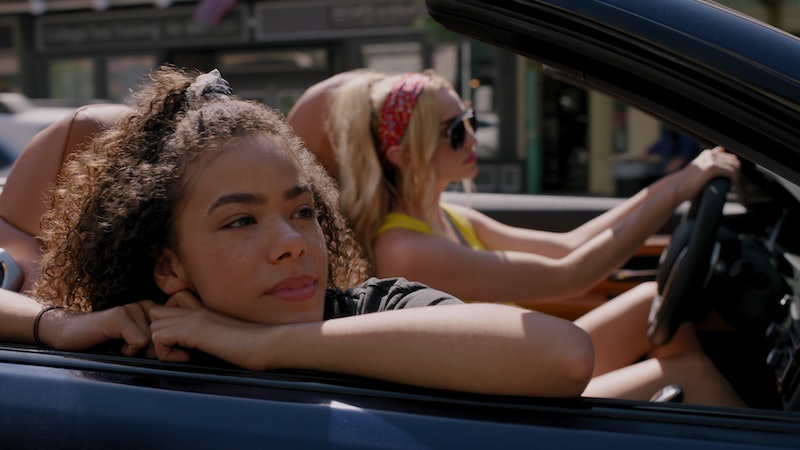 Envision Gilmore Girls but grittier and you might get Ginny & Georgia, a new Netflix drama which follows high schooler Ginny (Antonia Gentry) and her 30-year-old mother Georgia (Brianne Howey) after they move to a sleepy New England town. There's a brooding boy next door who catches Ginny's eye, a flannel-clad restaurant owner who clicks with Georgia, and fast-flying pop culture references — just with some dark secrets sprinkled in.

Creator Sarah Lampert and showrunner Debra J. Fisher were certainly inspired by the beloved mother-daughter dramedy. “Those were two very strong, funny characters,” Lampert says. But they also drew from the “delicious biting edge of Mean Girls ... the heart of My So-Called Life, the witty banter of a Buffy or Veronica Mars, [and] the mystery of Pretty Little Liars.”

“We talked a lot about homages but ultimately we were like, ‘How do we make those shows feel modern?’” Fisher says. “How can we combine all these interesting tones?”

One key way they hope to differentiate Ginny & Georgia is by not shying away from topics like mental health and racism. Many of the show's stories are based on the real experiences of Lampert, Fisher, and their writers and actors, while sensitive scenes were created with the help of psychologists who could ensure they were honest and accurate. Their goal was to honor the power of the experiences and relationships we have at a young age, whether that’s with friends, the hot guy next door, or our moms.

“I think the relationships you form [at 15] cement a lot of who you are and who you turn out to be,” Lampert says. “As long as we kept grounding it in things that felt true to us, that was our North Star.”

More like this
Watch The Trailer For Netflix’s Edgy New Comedy 'FAKES'
By Brad Witter
Neil Patrick Harris’ 'Uncoupled' Character Will Make A Life-Changing Decision In A Potential Season 2
By Brad Witter
Does 'Locke & Key’s Ending Mean There Could Be A Season 4?
By Sophia Moore
What’s New On Netflix: 'Never Have I Ever' & 'Indian Matchmaking' Return
By Arya Roshanian
Get Even More From Bustle — Sign Up For The Newsletter