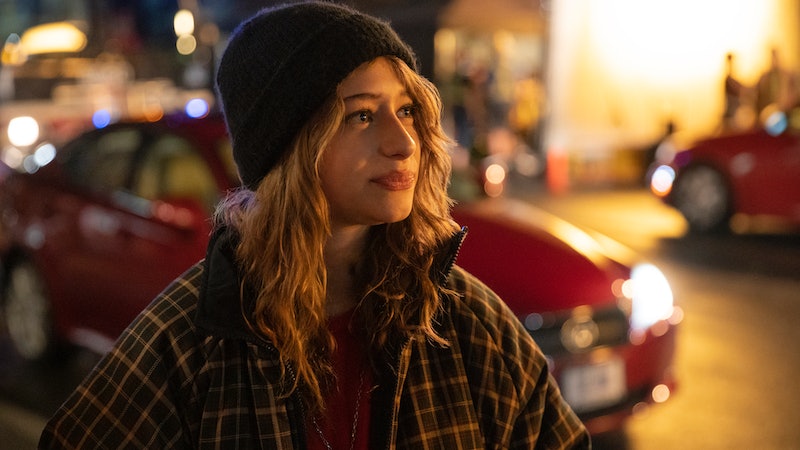 High school can feel like a battleground, but in Netflix’s newest series, it might just become one — literally. On Wednesday, the streamer debuted the trailer for Grand Army, a gritty young adult drama that gives off major Euphoria vibes — minus the face glitter. From playwright Katie Cappiello, the series will follow five students at a public high school in Brooklyn, New York, as they come of age in a chaotic world. Set to premiere on Friday, Oct. 16, Grand Army tells the narrative of a generation with a lot of trauma on their plate.

This is prevalent in the trailer, which touches on social justice — as the student athletes take a knee — school violence — as the students appear to face the threat of an active shooter — and, of course, romance — as the teens engage in passionate make-out sessions. All of this occurs in the trailer as a saxophone rendition of “The Star Spangled Banner” plays in the background, evoking the sense of melancholia and existentialism that comes with coming-of-age stories.

The series is an adaptation of Cappiello’s 2013 play Slut, which followed the journey of a 16-year-old teen named Joey Del Marco (to be portrayed by Odessa A'zion in the series) after she’s sexually assaulted by three lifelong friends, according to a previous Deadline report. Cappiello will also serve as executive producer on the series, which will similarly explore the same sexual, racial, and economic politics of the original source material. Journalist and social political activist Gloria Steinem has called Cappiello’s play “truthful, raw, and immediate," encouraging people to experience it and "witness what young women live with everyday.”

Grand Army will join the ranks of other teen dramas that explore the darker sides of adolescence. From some of the newer offerings (Euphoria, 13 Reasons Why) to the classics (Degrassi, Skins), there's no shortage of content about the nuances of teenhood on TV.