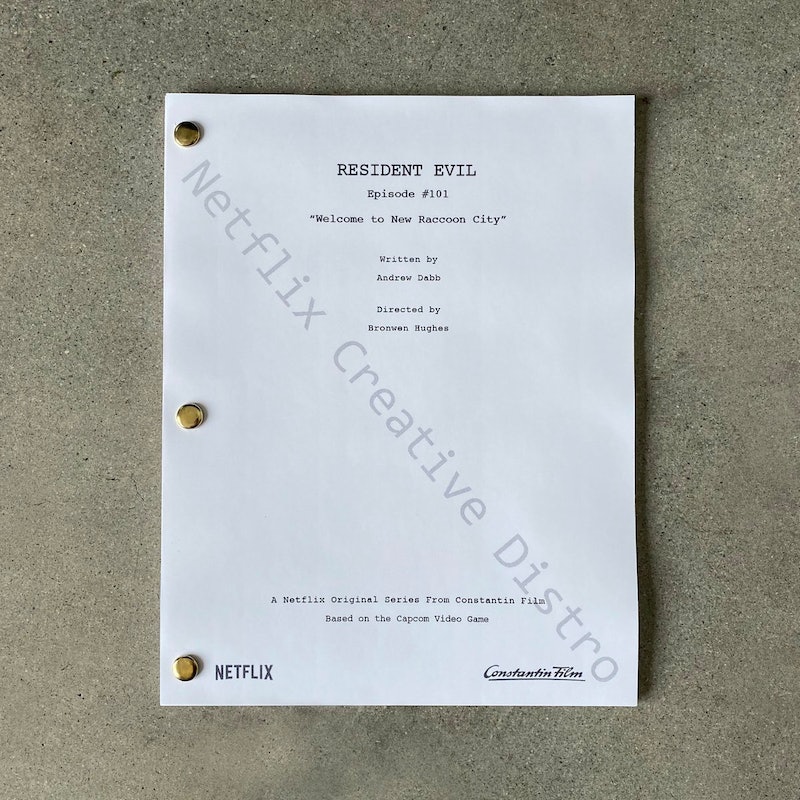 For over three decades, the survival horror franchise Resident Evil has been entertaining gamers and movie-goers alike. The world was first introduced to the zombified world of Resident Evil in 1996 by Capcom, a game that would prove to be one of the most influential console titles in gaming history. Following its major success, the sequels came quick and fast leading to its inevitable transfer to the silver screen.

In 2002, Paul W. S. Anderson brought the zombified world of Resident Evil to the big screen, with Mila Jovovich as the kick-ass heroine, Alice. Loosely following the plot of the video games, the film franchise went on to produce five sequels, culminating in 2016’s The Final Chapter. Since then, the lore of Resident Evil has continued to expand in other forms via novels and comics, as well as the games themselves.

Following a reboot of the film franchise in 2021 with Resident Evil: Welcome to Raccoon City, Netflix announced their own live-action series based on the video games. So here’s everything we know about the upcoming Resident Evil series, and what inspiration it may take from the original games.

What’s The Premise Of Resident Evil?

Resident Evil’s narrative world spans over 28 games, including mainline stories, spin-offs, as well as a few remakes. While each game unveils different facets of the story, the main premise of the franchise revolves around characters fighting The Umbrella Corporation – a shady pharmaceutical company based in the fictional Raccoon City.

The Umbrella Corporation’s research revolves around developing biological weapons and utilising eugenics to create a race of superhumans as part of Project W, run by the malevolent Albert Wesker. This experiment centred around the T-Virus, the descendant of an ancient RNA virus called the Progenitor virus, which is derived from a plant that can rapidly enhance the human body with mutations through gene editing. But when the Progenitor virus is combined with leech DNA and Ebola RNA, the majority of those infected with it turn into zombies, while only a small percentage are immune.

Eventually, an outbreak of the T-Virus ensues in the 1990s, and Raccoon City eventually becomes so overrun with zombies that the city is destroyed. However, this doesn’t stop the T-Virus from spreading throughout the world.

Who’s In The Resident Evil Cast?

John Wick’s Lance Reddick is the only actor to have been confirmed to play a major role in Resident Evil, portraying the villainous Albert Wesker. Joining him are Charlie’s Angels Ella Balinksa, Artemis Fowl’s Tamara Smart, and Riverdale’s Adeline Rudolph in currently unspecified roles.

How Will Resident Evil Be Adapted To A Series Format?

Told across eight hourlong episodes, the live-action Resident Evil series will span across two timelines “far removed from the events of both the games and the films”, according to Screen Rant.

The first timeline focuses on fourteen-year-old sisters, Jade and Billie Wesker, as they explore New Raccoon City. The children of Albert Wesker, one of the main antagonists of the games and films, Jade and Billie begin to suspect their father is hiding something from them – a secret that could destroy the world. The second is set decades into the future, where a now 31-year-old Jade grapples with the memories of her father and sister while fighting to survive in a post-apocalyptic world inhabited by less than fifteen million humans and more than six billion monsters.

According to showrunner Andrew Dabb, a former executive producer on Supernatural, fans of Resident Evil will be treated to “a lot of old friends, and some things (bloodthirsty, insane things) people have never seen before.”

Is There A Release Date For Netflix’s Resident Evil?

As of writing, there’s no official release date for the live-action Resident Evil series. However, there are rumours it’ll be released sometime this year, according to What’s On Netflix.

More like this
This Is When Netflix Is Going To Start Charging You For Sharing Passwords
By Darshita Goyal
Everything To Know About The 'Daisy Jones & The Six' TV Series
By Maxine Harrison and Brad Witter
The Banned 'Friends' Ad Shows Monica As You’ve Never Seen Her Before
By Sam Ramsden
Con O'Neill Was Connected With Sarah Lancashire Long Before 'Happy Valley'
By El Hunt
Get The Very Best Of Bustle/UK
Sign up for Bustle UK's twice-weekly newsletter, featuring the latest must-watch TV, moving personal stories, and expert advice on the hottest viral buys.