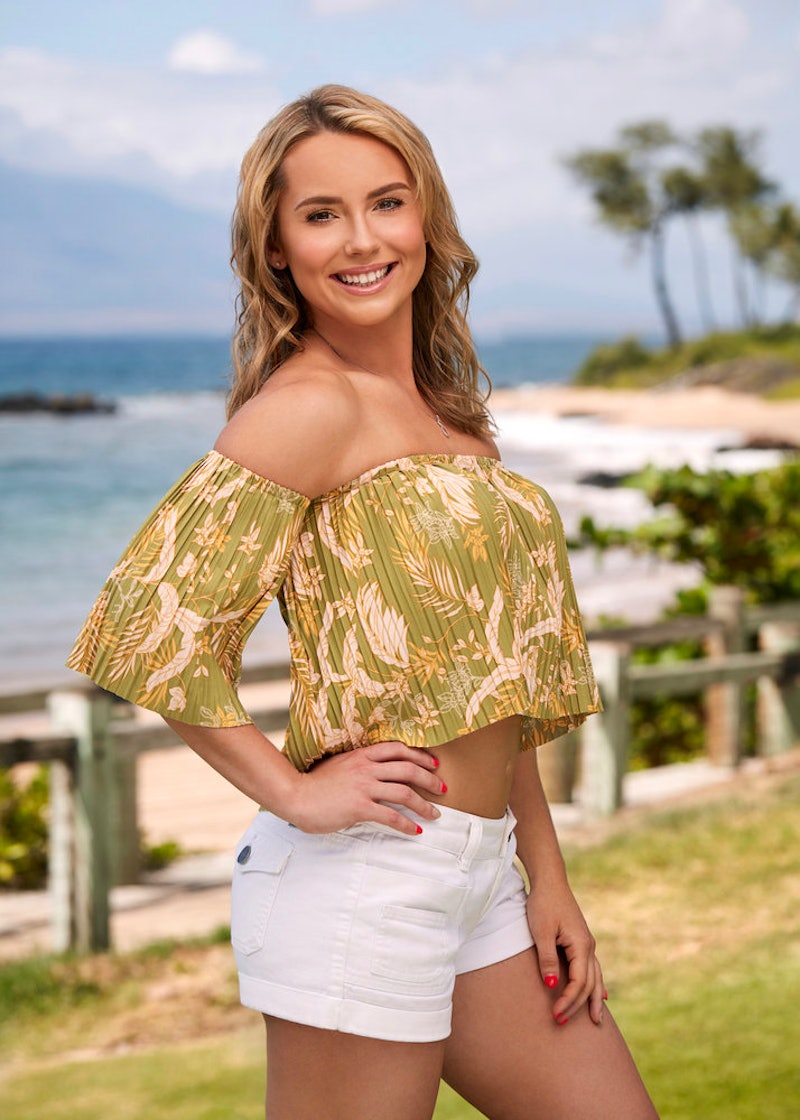 Although 23-year-old self-proclaimed "Jersey girl" Nickole Ciszak was born on April Fools' Day, she wasn't joking when she warned the coupled women of Temptation Island Season 3, "I'm about to steal your man." Despite her bold intro, Nickole has a sensitive side, too. When it comes to men, for example, she "falls hard and always wears her emotions on her sleeve," per her official USA Network show bio, and would "love nothing more than to come to Temptation Island, be her unique self, and find the love of her life."

Here's everything else to know about the Season 3 single.

Nickole graduated in 2019 from the University of Arizona with a major in Film and Television and a minor in Sports Management. According to her LinkedIn, she worked as a personal assistant on a student film, a peer academic consultant, and a photographer for Victoria Secret PINK's campus rep team while in college. Nickole also had a part-time job at New Jersey's Berkshire Valley Golf Course. After graduation, she began working for Ringwood, New Jersey-based audio technology company Wave Distro and NeoDen USA in Sept. 2019. It's unclear, however, if she's still currently employed by the company.

Since Nickole's Instagram consists almost exclusively of solo shots, it's difficult to gauge her current relationship status from social media. She does, however, frequently share her own wisdom on love and relationships — in addition to lots of lingerie and bikini modeling photos. On Valentine's Day, Nickole wrote that self-love "is the most important love," and even pitched herself as the Temptation Island Season 4 host after one particular meditation. The dance choreographer and model also brags in her Instagram bio that she has 160K followers on TikTok.

Temptation Island isn't the first time Nickole has looked for love on TV. She shared on Instagram in September 2020 that she starred in a Singled Out episode on Quibi last year. "Nickole Searches for a Hype Mate," she captioned the Season 2 still. Her Backstage profile also lists a role as an extra in 2019 on HBO's The Deuce, which starred James Franco and Maggie Gyllenhaal.

More like this
The Bachelor’s Christina Mandrell Comes From One Of Country Music’s Most Famous Families
By Brad Witter
A Guide To All Of Zach Shallcross' 'Bachelor' Filming Locations
By Brad Witter
Joey Essex Is Rumoured To Be Dating A 'Love Island' Favourite
By Sam Ramsden
All The Clues Clint & Gina Aren’t Still Together After 'MAFS' Season 16
By Brad Witter
Get Even More From Bustle — Sign Up For The Newsletter
From hair trends to relationship advice, our daily newsletter has everything you need to sound like a person who’s on TikTok, even if you aren’t.