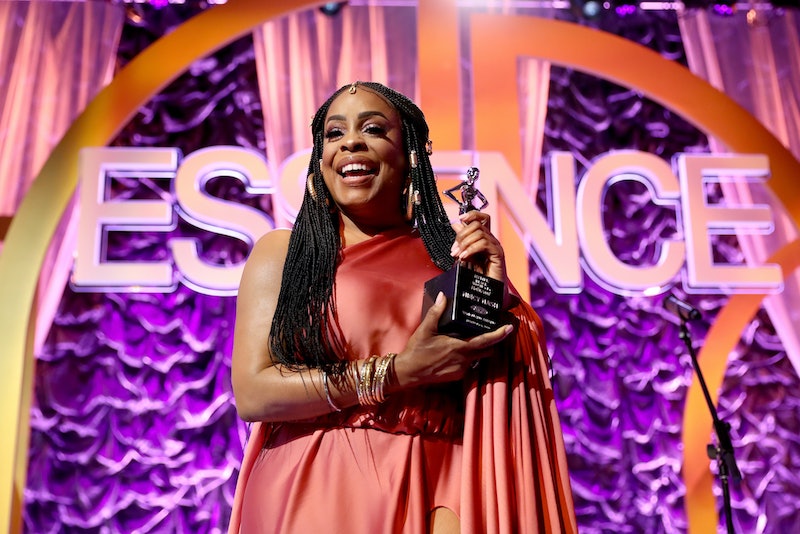 Niecy Nash might have just made a big statement by marrying Jessica Betts, but don't put a label on her sexuality. Niecy Nash recently explained that her marriage is not her "coming out" announcement. In fact, she wants it known that her relationship has nothing to do with gender, and therefore any pre-conceived notions about her own sexuality, at all

Last week, the actor surprised fans by announcing that she married singer-songwriter Betts, just months after Nash divorced her ex-husband Jay Tucker in March. Speaking with People, Nash explained that she had not been "suppressing my sexuality my whole life" and fell in love with Betts for who she is, calling her "the most beautiful soul" she had ever seen. "I don’t feel like my marriage is my coming out of anywhere, but rather a going into myself and being honest about who I love," she said. "And I’m not limiting myself on what that love is supposed to look like.”

She went on to explain that she has no regrets about her past two marriages and was genuinely in love with both of those men. "At one point in my life, I married twice and I love those people," she said. "And today I love this person. I've done everything I wanted to do on my own terms and my own way. So my choice now in a partner has nothing to do with who I've always been. It's a matter of who I am in this moment."

Nash and Betts wed in an intimate backyard ceremony at their Ventura home on Aug. 29, in front of just 24 guests, who were all reportedly provided with custom face masks and personal hand sanitizers to prevent an potential spread of COVID-19. The couple announced the news by sharing a snapshot of them walking down the aisle on their respective Instagram accounts, with Nash calling herself "Mrs. Carol Denise Betts" (Carol Denise is her birth name) in her caption and Betts writing that she "got a whole wife." While she is not putting a label on herself or her sexuality, Nash did wear Converse pride sneakers with rainbow soles during the ceremony, a nice nod to the LGBTQ community.

As she told PEOPLE, Nash first met Betts through social media in 2015, when she was still "happily married" to Tucker. They were friends for years, and unexpectedly became more after she and Tucker split. “I loved her before I was in love with her because she is such a special human being,” she explained. “But we began to see each other in a way we never had before. Sometimes you get so broken by love, you run from it. But I’ve learned that you should always hold space for magic because it can happen at any time.”