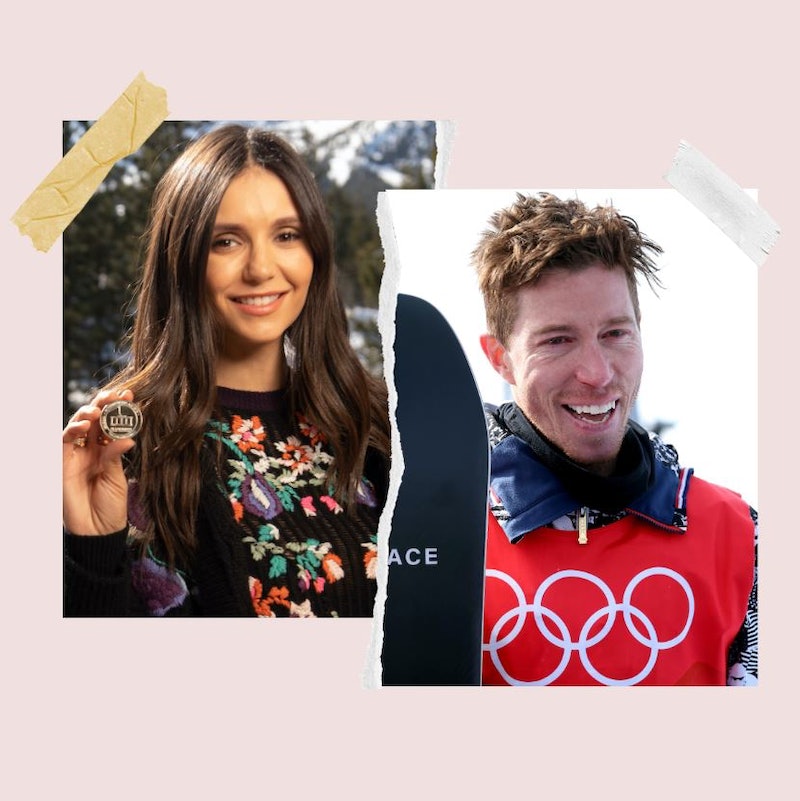 Though she couldn’t cheer him on in person, Nina Dobrev supported Shaun White from afar as he competed in his final Olympics, nonetheless. Ahead of her pro snowboarder boyfriend’s fourth-place halfpipe finish at the 2022 Winter Games in Beijing, China, Dobrev posted on Instagram that she’d “already won the gold” with White, whom she called a “fu#%ing stud.” While White, who recently confirmed his retirement from competitive snowboarding, didn’t add another medal to his collection this year, the Vampire Diaries alum remained proud as ever.

The following day, Dobrev honored White’s career on Instagram, noting she is “in awe” of his hard work, passion, determination, talent, class, fearlessness, courage, soul, heart, and, ultimately, his legacy. “I couldn’t be more proud [of] everything you have accomplished over the last 20 years as a competitor and the man you have become,” she captioned the Friday, Feb. 11 post. “You are one of a kind. You are a true hero and you inspire me daily. The end of one chapter, means the beginning of an exciting new one with endless possibilities. You will forever be the G.O.A.T. of snowboarding. Not to mention you are also the G.(B).O.A.T. = Greatest Boyfriend Of All Time.”

The pair met at a Florida event organized by motivational speaker Tony Robbins in 2019 and began dating shortly afterward, per People. Throughout their relationship, Dobrev has been an “incredible” source of love and support, according to White. “She’s just been, every step of the way, meeting me, through training, calling me, hiding notes and things in my bag, just anything to brighten my day,” he explained to E! on Feb. 11.

That tradition continued with the Olympics when China’s COVID health and safety protocols prevented Dobrev, as well as the rest of White’s friends and family, from attending the Beijing Games. The five-time Olympian shared that his girlfriend recruited his loved ones to send their love and support from back home via an “incredible video” that he said he played daily “to get pumped up” for his final competition. Dobrev had also hidden photos of White’s friends and family in his various bags, and even in his shoes, as a surprise. “I can’t wait to get back and see her, see my family and start this next chapter of my life,” he added in his E! interview.

In fact, things are going so well for the pair, who already share a home with their two dogs in Los Angeles, that friends are reportedly predicting a proposal in the very near future. “They are so freaking cute and solid together,” an unnamed “friend of the couple” recently told Page Six. “I would not be surprised if an engagement happens any day now.”

Babies could also be part of White’s “next chapter.” Speaking to Us Weekly in January, the snowboarder said he “would love to be a dad,” adding that the idea of having a little one “seems so exciting” to him. “For a guy like myself that’s really poured his everything into one aspect of life, which is competing in snowboarding, I feel like over the years, I’ve gathered a more well-rounded life with other things going on,” he said. “Something like that just seems like an amazing turning of the page, a new chapter. … I wanna take this on.”

More like this
RHOP’s Robyn Dixon Explained Why Juan Paid For Another Woman's Hotel Room
By Brad Witter
Who Is Allison Williams Dating After Her Divorce? She’s Engaged With A Child
By Jake Viswanath
Michael B. Jordan Tackled His "Public Breakup" With Lori Harvey On 'SNL'
By Brad Witter
Who Is Pete Davidson Dating? He & Chase Sui Wonders Got Caught Kissing
By Jake Viswanath
Get Even More From Bustle — Sign Up For The Newsletter
From hair trends to relationship advice, our daily newsletter has everything you need to sound like a person who’s on TikTok, even if you aren’t.