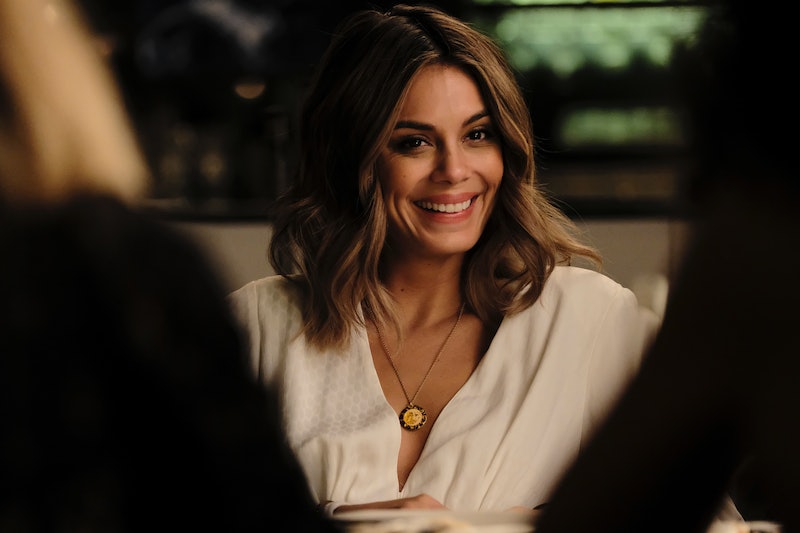 ABC's romance series, The Baker and the Beauty, tells the whirlwind love story of a baker who falls for...well, a beauty. She just happens to also be a huge celebrity, which adds some complications to their relationship. Deciphering whether the said celebrity — named Noa Hamilton — is based on a real person is similarly complicated.

The show is based on a hit Israeli series called Beauty and the Baker, which was created by Assi Azar. According to The Jerusalem Post, he wrote the series with supermodel (and his friend) Bar Refaeli in mind for the role of Noa (named Noa Hollander in The Beauty and the Baker). However, Refaeli ultimately didn't take the part, and Noa was instead portrayed by actress Rotem Sela. That doesn't necessarily mean that Noa is based on Refaeli, but considering that Azar created the character with her in mind, there might be some similarities between the two — at least in the Israeli version. Dean Georgaris (The Meg, Bluff City Law) developed ABC's take on the show and may have put his own spin on the character, as The Baker and the Beauty star Nathalie Kelley likely did too.

"We project onto these people, with wealth and status and fame, this idea of happiness," Kelley told Entertainment Weekly of Noa. "These stories often show us that they might have everything, but they're pretty lonely. The person who has 'nothing' by comparison, often has a life that's rich in friends and family, and beautiful life experiences, and that resonates, because it's comforting."

Noa and Daniel (the baker) first meet in a men's room, where they spark an instant connection despite their two very different lifestyles. "It's such a unique, interesting way to first meet somebody," Kelley added. "It says a lot about Noa. It tells us she's a non-conformist. She doesn't stick to the rules; she's brazen and bold."

Clearly, these two will prove the age old saying that opposites attract, but will it lead to a happily ever after? We'll have to watch to see.