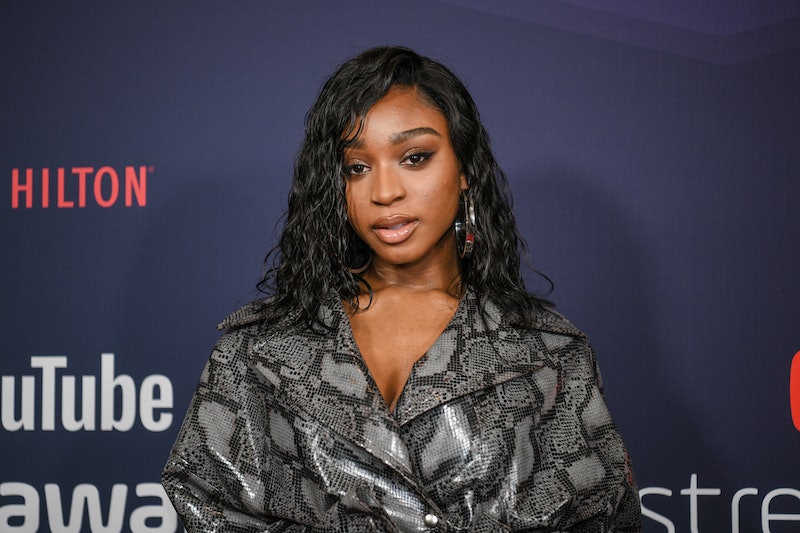 Nearly two decades after her first experience with cancer, Normani revealed that her mom's cancer has returned. The 24-year-old singer's mother, Andrea Hamilton, announced the devastating news in an emotional Instagram post on Sunday, Oct. 11. She previously battled breast cancer when her famous daughter was only five years old, which the artist called "the scariest point" in her family's lives.

Taking to Instagram, Hamilton shared a photo of a rosary, vowing to make a full recovery from the disease once again. "I can do all things through Christ who strengthens me," she wrote. "I did it once and I'll do it again! #CancerWho." Her daughter reposted the photo on her Instagram Story, writing, "We got this mommy." She also left some motivational comments under her mom's post, calling her "my warrior" among other compliments. "The strongest woman that I know!," she wrote, complete with many pink heart emojis, the color that represents breast cancer.

The Fifth Harmony alum also confirmed the news on Twitter with a very blunt but heartfelt declaration: "F*ck cancer." Neither she nor her mother have confirmed the severity of her diagnosis, nor what treatments she would undergo as a result.

Normani previously opened up about her mom's first diagnosis in a joint interview with her mother for Paper Magazine. In the 2018 interview, Hamilton recalled how she told a young Normani that "mommy had gotten sick," a moment which her daughter remembered "like it was yesterday." "It's hard for anyone to be able to comprehend that one of their loved ones is that ill and could possibly not be with them anymore, but being a five-year-old trying to understand that was even more difficult," Normani explained. "It hurt me to know that it hurt her."

Hamilton admitted that she "didn't know much about breast cancer" and took doctor's advice for granted before her diagnosis. "You can kind of turn a blind eye until it actually happens to you," she explained. "I don't know what it was but something told me to check that day that I found the lump. I immediately went to the doctor. By doing my own self breast exam I caught it at an early stage." Her family's experience with cancer lead Normani to become an ambassador for the American Cancer Society in 2017. "Cancer has touched my life and the lives of those I love," she said at the time. "Now I'm ready to help all that I can in the fight."

More like this
Rachel Zegler Reveals She Had Breast Cancer Scare
By Radhika Menon
18 Years After 'American' Idol, Jennifer Hudson & Simon Cowell Reunited On Her Talk Show
By Radhika Menon
Everything To Know About Taylor Swift’s 10th Studio Album, 'Midnights'
By Grace Wehniainen and Jake Viswanath
Twitter Is Freaking Out Over Rihanna’s 2023 Super Bowl Halftime Show Announcement
By Stephanie Topacio Long
Get Even More From Bustle — Sign Up For The Newsletter