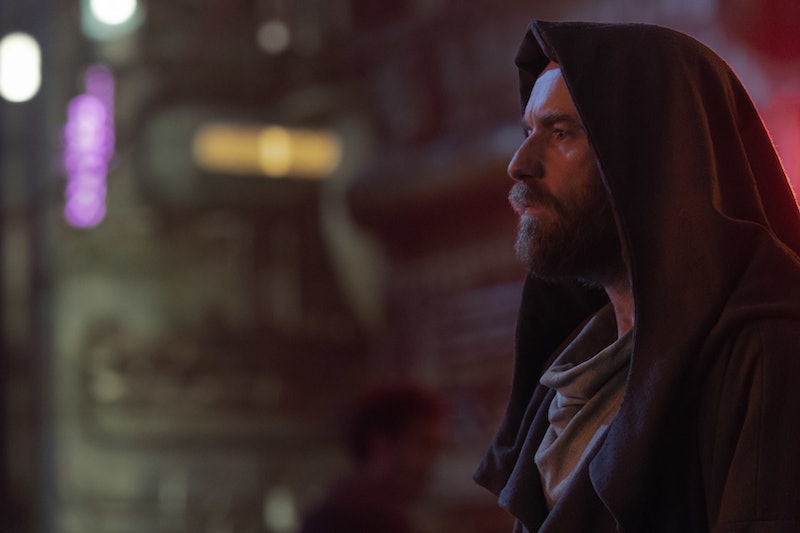 Spoilers ahead for Obi-Wan Kenobi Season 1. Obi-Wan Kenobi filled in the gaps for one of pop culture's most sprawling connected universes. The Disney+ Star Wars series brought Ewan McGregor back to robes and lightsabers, making a six-episode run to explore what happened after the Jedi were forced into hiding. It also gave fans a glimpse at the earliest days of the Galactic Empire, led by the one and only Darth Vader (Hayden Christensen). A franchise like Star Wars isn’t lacking in lore nor content, but with Obi-Wan Kenobi having wrapped up, it’s worth wondering if there’s more to this particular story.

As of yet, Disney+ hasn’t announced plans for another season of Obi-Wan Kenobi. But that doesn’t mean the team behind the show hasn’t been considering their options. Here is everything we know about a potential Season 2 of the popular Star Wars prequel series.

Will There Be An Obi-Wan Kenobi Season 2?

According to Obi-Wan Kenobi writer and executive producer Joby Harold, there are no plans for another installment of the series. In an interview with The Deadline Podcast, Harold explained that Obi-Wan Kenobi was only intended to be a limited series. In other words, the initial plans for the show don’t include multiple seasons but one contained story instead. "I'm being asked about it constantly," Harold said. "I've just been thinking about this for so long as a close-ended story that my mind is so focused on this as a sort of limited [series], that I haven't thought beyond it.”

As of June 2022, Lucasfilm has not officially announced a Season 2 for Obi-Wan Kenobi. But given that Season 1 leaves the story a little open-ended in its finale, fans can argue that the Disney+ series might be able to mine some more stories centered on McGregor’s Jedi Knight. Luckily, it seems the cast has shown interest in returning for more.

Who Could Be In The Obi-Wan Kenobi Season 2 Cast?

Aside from fans who may want another Obi-Wan Kenobi adventure, it also sounds like there's some desire for that too from the series’ leads, Ewan McGregor and Hayden Christensen. In an interview with British GQ, McGregor said, "I really hope we do another," alluding to a second season. However, considering the actor’s potentially busy schedule, he did qualify that he may need to take some time between his turns as Obi-Wan. "If I could do one of these every now and again — I'd just be happy about it."

Christensen spoke to the Radio Times about his excitement over reprising his role as the galaxy’s most feared villain. He noted the show “was definitely conceived as a standalone story.” But that didn’t stop Christensen from remaining optimistic about diving deeper into the Star Wars universe. “I would love to continue with this character,” he said. “You know, I think there's certainly more there to explore and I would be so excited to get to do so.” He added that he’d “certainly be open to” returning for more episodes if Season 2 ultimately does come to pass.

What Could Be The Obi-Wan Kenobi Season 2 Plot?

The series itself may have hinted — albeit inadvertently — at the potential for more stories. In the finale, Obi-Wan is visited by his former Jedi Master, Qui-Gon Jinn (Liam Neeson), who appears to him as a Force ghost. The former friends and cohorts have a quick exchange before Qui-Gon tells his former pupil, “You’ve got a ways to go.”

It’s impossible to know precisely what Qui-Gon is referring to, but based on what we know about the character, Obi-Wan’s journey is far from finished. The Obi-Wan that audiences first met in 1977’s Star Wars: A New Hope spent years training and waiting in the solitude of the Tatooine desert. It’s a long time span that may include stories and adventures that Disney and Lucasfilm could choose to bring to life if they renew the series for a sophomore season. Only time will tell if Ewan McGregor will return to a galaxy far, far away.

More like this
Who Is Liam Neeson's Character In The Obi-Wan Kenobi Finale?
By Kadin Burnett
Here's Why You'll See Less Of Olivia Rodrigo In 'HSMTMTS' Season 3
By Bustle Editors
Where Is Oscar Torres In 'Only Murders In The Building' Season 2?
By El Hunt
The 'Hocus Pocus' Sequel Finally Has A Release Date & It Makes Total Sense
By Shannon Barbour and Radhika Menon
Get Even More From Bustle — Sign Up For The Newsletter