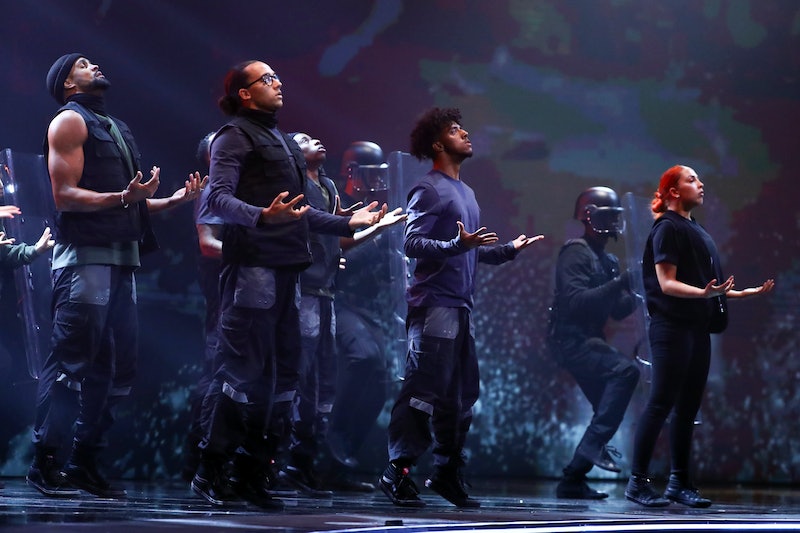 On Sept. 5, 2020, dance troupe Diversity performed an impactful performance that told the story of 2020 on stage during Britain's Got Talent. The performance most notably touched upon the coronavirus pandemic before exploring the murder of George Floyd and the Black Lives Matter movement. It wowed audiences and has had more than two million views on YouTube since. However, as well as momentous praise, Britain's Got Talent (BGT) received 24,500 complaints about the performance, which Ofcom were forced to respond to. Today, Ofcom announced it will not be pursuing BGT complaints, and have published their full report to explain why.

The complaints were based around three factors, according to the report: "That the themes of violence and racism were inappropriate for family viewing, that it expressed support for the political organisation ‘Black Lives Matter,’ and that it was racist towards white people."

Ofcom decided to publish the report due to the amount of publicity surrounding the case. It begins by explaining the content and order of Diversity's powerful performance in its introduction, before going on to address each of the complaint 'groups' one by one. They disregarded each complaint, referring to the 'rules' TV broadcasters must follow in the UK, and how BGT was not in breech of these rules by showing Diversity's four-minute performance.

Ofcom also put their support behind the performance, writing that "[i]ts central message was a call for social cohesion and unity."

They concluded that: "For all the reasons set out above, our assessment is that this programme did not raise any issues under the Code which warranted investigation."

Diversity leader Ashley Banjo responded to the news on his Instagram, saying: "Creativity is always a leap of faith. All I did what was what felt right and I'd do it 100 times over... Sending love to everyone that stood by us."

You can read the full report online, and watch the performance on YouTube.