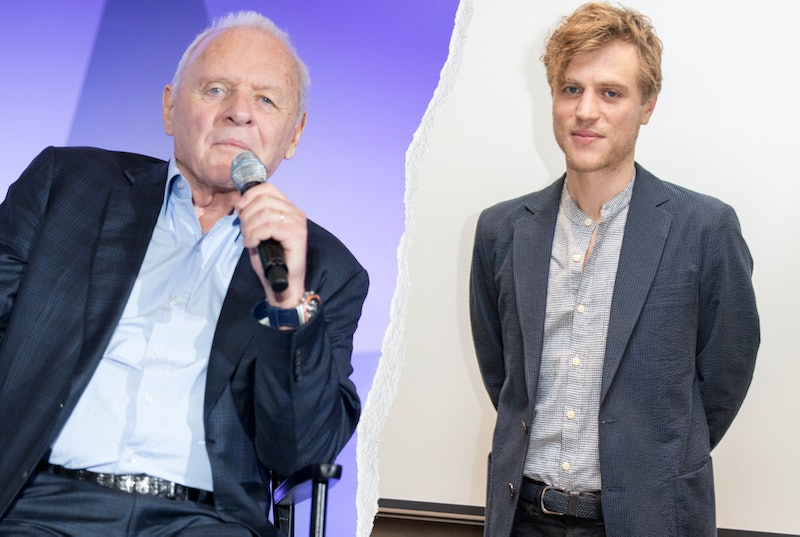 The story of humanitarian Nicholas George Winton, who helped save hundreds of children from the Nazis before World War Two, is the subject of a brand new TV drama. One Life stars Sir Anthony Hopkins and Johnny Flynn as the real-life hero, both of whom will portray the role of Winton throughout different stages of his life. If you're hoping to find out more about this poignant new series, here's everything you need to know.

As Deadline reports, screenwriters Lucinda Coxon and Nick Drake, known for their work on The Danish Girl and Romulus, penned the drama which depicts the incredible story of Winton, a man who orchestrated the rescue of 669 refugee children from Czechoslovakia. They had been threatened with transportation to Hitler’s death camps, and were eventually led to the safety of British foster families. However, Winton's aim of continuing his mission came to an abrupt halt upon the beginning of the second World War. Years later, the grown children whose lives had been saved were reunited with Winton during an emotional appearance on the BBC series That's Life in 1988.

“Despite never wanting any attention for his altruistic act, Nicky’s story and the story of those he saved must be told. To be a part of sharing this moment in history with the world is an extraordinary privilege," producers Iain Canning and Emile Sherman said in a statement. As the Radio Times reports, they continued: "Anthony and Johnny are without a doubt the right people to bring Lucinda and Nick’s beautifully crafted screenplay about this amazing man to life.”

One Life will be directed by Aisling Walsh, best known for her work on 2016's Maudie, and will be one of Hopkins' first major roles since his star turn in Netflix's The Two Popes. Elsewhere, co-star Flynn is also gearing up to portray music legend David Bowie in the upcoming biopic Stardust, which tells the story of the "Let's Dance" singer's first ever U.S. tour.

An official One Life airdate is yet to be announced.