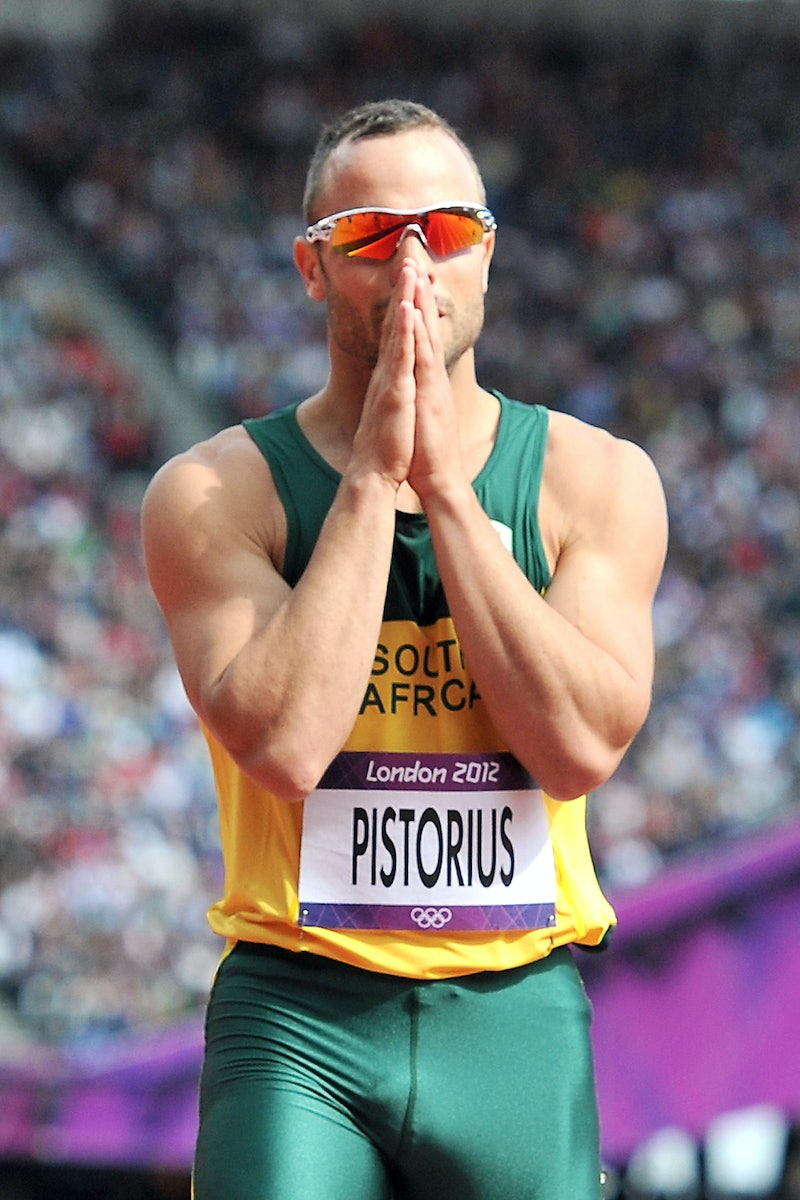 ESPN+'s new docuseries The Life and Trials of Oscar Pistorius follows the rise and fall of South African Olympic athlete Oscar Pistorius, who fatally shot his girlfriend, Reeva Steenkamp, in 2013. Though he claimed he thought she was a home intruder, he was ultimately convicted in relation to her death. And seven years later, Pistorius is still in prison.

Initially, Pistorius was only charged with culpable homicide, meaning that Steenkamp "was killed unintentionally, but unlawfully," CNN reported. He was sentenced to five years in prison, but made parole in just one year.

Per the BBC, Pistorius was released in October 2015 and was supposed to serve his remaining four years under house arrest at his uncle's home in Pretoria, South Africa But two months later, the prosecution won a South African supreme court appeal to change Pistorius' conviction from culpable homicide to murder, per The Guardian. The prosecution argued that Pistorius had to have known that firing into his small bathroom four times would kill whoever was in there.

According to The Telegraph, Pistorius was re-sentenced to six years in prison in July 2016. The judge cited Pistorius' remorse as well as his claims that he thought he was firing at an intruder as reasons for not imposing the minimum 15-year sentence. However, the prosecution was dissatisfied by what they thought was a lenient sentence, and they appealed once again. In November 2017, Pistorius' sentence was doubled to 13 years and five months — the minimum 15 years minus the time he'd already served.

Although Pistorius attempted several appeals, South Africa's highest court rejected his sentence review request in August 2018. The former Olympian is now incarcerated in South Africa's Attridgeville Correctional Centre, where he leads the prison's Bible study and prayer group, Pistorius' father told the UK Times. He will remain there until 2023, when he becomes eligible for parole.