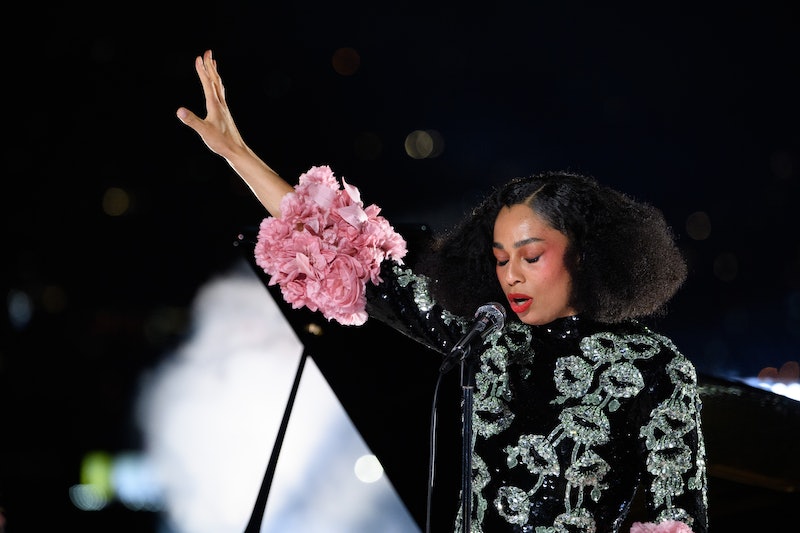 This year’s Oscars were unlike every other in many ways, but one of the most notable is that all of the performances of the Best Original Song nominations were slotted into ABC’s pre-show instead of the live ceremony. It was a loss for a show that often needs a bit of breaking up between handing out gold statuettes, but a win for viewers in that the performances came with plenty of stunning views.

By breaking the performances out from the main event, the Oscars producers hoped to cut down on the runtime of the show (which tends to go past its scheduled three hours more often than not). Plus, it allowed time to give the songs their full due, making each one feel special in its own way. Four of the five performances were pre-taped, taking advantage of locations as scenic as the sunset-lit Academy Museum of Motion Pictures in Los Angeles and, of course, Husavik, Iceland, where Molly Sanden’s performance of Eurovision’s “Husavik” was shot. Each song captured the energy of the film it was written for and channeled it into fabulous performances.

But if you only managed to drop in for the main Oscars events, see what you missed below.

Celeste, “Hear My Voice” from The Trial of the Chicago 7

Leslie Odom, Jr., “Speak Now” from One Night in Miami

ABC’s Oscars page hasn’t posted the performances for the remaining two songs, but you can listen to both here:

H.E.R., “Fight For You” from Judas and the Black Messiah

Laura Pausini, “lo sì” from The Life Ahead

More like this
What Is Mary J. Blige’s Net Worth? The 9-Time Grammy Winner Is Doing “Just Fine”
By Hugh McIntyre
The Full EGOT Winners List: Only Viola Davis & These 17 People Are EGOTs
By Radhika Menon, Marina Watts and Grace Wehniainen
Yes, You Can Stream ‘To Leslie’ In The UK Now
By Sam Ramsden
Paul Mescal’s Family Celebrated His Oscar Nomination In The Sweetest Way
By El Hunt
Get Even More From Bustle — Sign Up For The Newsletter
From hair trends to relationship advice, our daily newsletter has everything you need to sound like a person who’s on TikTok, even if you aren’t.