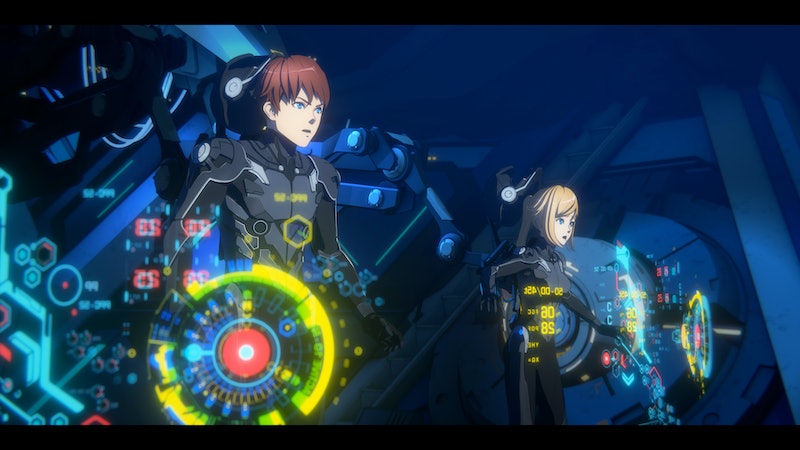 Netflix’s animated series Pacific Rim: The Black takes place in the same world as the Guillermo Del Toro film from 2013. The series is set in Australia, as two siblings, Taylor (Calum Worthy) and Hayley (Gideon Adlon), attempt to navigate a world that’s overrun with monstrous Kaiju, while piloting a Jaeger in search of their parents. While we won’t know how Season 2 ends until it drops on Netflix April 19, the one thing we do know is that there won’t be a Season 3.

The first season unfolded across seven episodes, which means that audiences should be able to expect at least another seven to find out what will become of Taylor and Hayley, as well as the ultimate fate of Sydney, Australia. In a 2021 interview with The Verge, the series’ supervising director Hiroyuki Hayashi explained that one of his ultimate goals with Pacific Rim: The Black was to show the Kaiju invasion from a different perspective. “The people in Pacific Rim: The Black are survivors who have been abandoned by the magic of advanced technology,” he said. “If anything, they are depicted to have a technology level closer to what we have today, except for the Jaeger technology.”

In fact, Hayashi sounded just as interested in being able to depict giant mech suits fighting for the future of humanity as he was in translating what kind of world that would leave behind. “In the Pacific Rim world, humankind has managed to thwart the attacks by the Precursors,” he said. “However, there is no doubt that people are exhausted at this point,” Thus, Hayashi’s particularly keen interest with the human side of the Pacific Rim world was formed. “We came up with the idea that the social gap between different groups would widen under these circumstances. Especially in the frontline areas left behind, people would only see advanced technology when it is necessary.”

Just as was the case with the source material for Pacific Rim: The Black, the Netflix show will have to satisfy its audience with just two iterations. However, if anyone sounds as though they’re up to the task, it’s Hayashi. “It’s cool that we’re able to tell a story about characters and villains not at the forefront of the greater Pacific Rim universe,” he said. “And this has led to a greater understanding and expansion of the world in my mind,” With this being the streamer’s first attempt to build out the world of Pacific Rim, it’s still well within reason that we may see other iterations and interpretations within the Pacific Rim universe. As for Pacific Rim: The Black, audiences will have to make do with the fact that two seasons is all they’ll get... at least for now, anyway.