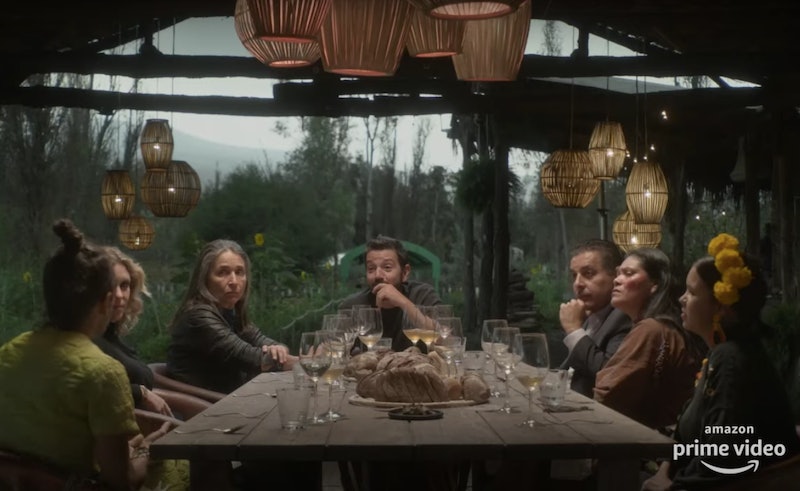 Diego Luna's new Amazon Prime docuseries is an interesting mix of Ugly Delicious, Lebron James' HBO talk showThe Shop: Uninterrupted, and Jada Pinkett Smith's Red Table Talk. In Pan y Circo (or, Bread and Circus in English), the Rogue One star talks to a wide range of Latin American guests from different sectors about racism, immigration, climate change, drug legalization, gender violence, and even COVID-19, among other topics — most of which (except for the latter) take place over dinner. Despite its creative premise, it's too soon to determine if Pan y Circo will return for Season 2. However, Luna has plenty of topics — and locations — they didn't get to cover in the first installment.

In an interview with Refinery29, the Mexican actor said he wanted to explore topics like journalism and education, though it's clear those are just scratching the surface. "I hope there's not just one more season but plenty of them, and that we bring this table to other countries and other places," Luna told the website. "I don't think there's a single place where there's no need for a conversation like this today."

Indeed, while it's a simple premise, Pan y Circo feels hugely relevant in this political climate. The conversations themselves were so convicting, in fact, that they caused Luna to confront his own prejudices. "I sat down at this table thinking I wasn't a racist," he told IndieWire. "I've told my kids I'm not a racist, but after this lunch I realized how much I contribute to a system I benefited from."

And while filming dinner conversations seems like a simple enough setup, Luna explained to Variety that the crew had long discussions about who would sit at which table. Although he wanted to feature guests with differing opinions in order to foster stimulating conversation, he told Variety that there was limit to the stances they could have. "[A] simple way to put it is that I would never seat Donald Trump at this table," Luna said. "I don't care about his opinion, although I do care about differing opinions on migration. We must all start from the position that we are talking about human beings. If someone doesn't believe others deserve to be treated as equals, then their opinion doesn't matter to me."

After watching his TV show, Luna hopes that audiences will have their own discussions. "If what happens in the table of [Pan y Circo] is recreated in your house, then we've succeeded," he told Refinery29. And even if the series doesn't get renewed for a second season, hopefully it will help audiences start talking.

More like this
Everything To Know About The 'Daisy Jones & The Six' TV Series
By Maxine Harrison and Brad Witter
Everything To Know About 'The Real Housewives Ultimate Girls Trip' Season 4
By Jake Viswanath
Andy Cohen Apologized To Larsa Pippen After A 'RHOM' Season 5 Reunion Dust-Up
By Brad Witter
A New Netflix Doc Will Explore The Unsolved Murder Of Jill Dando
By Sam Ramsden
Get Even More From Bustle — Sign Up For The Newsletter
From hair trends to relationship advice, our daily newsletter has everything you need to sound like a person who’s on TikTok, even if you aren’t.