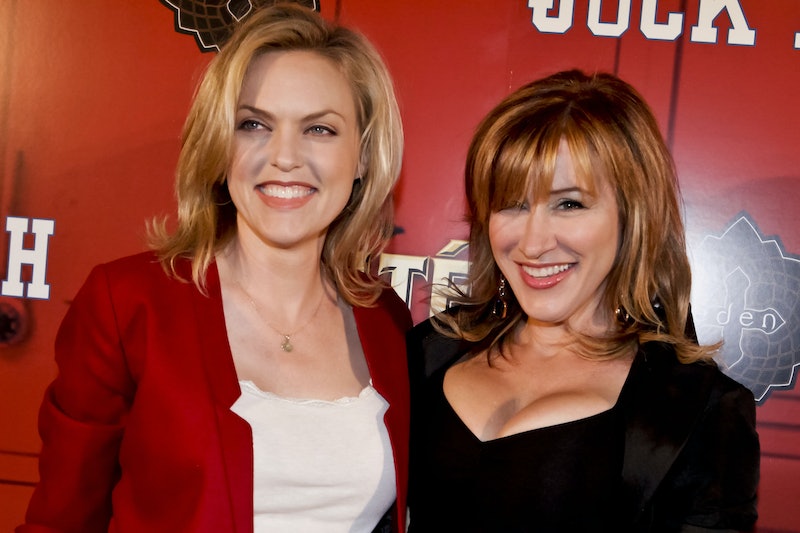 Meredith Blake is back in action. On Thursday, Sept. 2, The Parent Trap stars Elaine Hendrix and Lisa Ann Walter reunited to reprise their famous characters and recreate one of the film’s most iconic scenes on TikTok. In the original 1998 classic, Hendrix played Meredith Blake, the trouble-making fiancé of Nick Parker (Dennis Quaid) and the one obstacle blocking twins Annie and Hallie (Lindsay Lohan) from reuniting their parents. Walter plays Nick’s longtime housekeeper Chessy, who catches onto the twins’ switcharoo scheme faster than anyone.

In the new video, Hendrix brings back the iconic villain and rings that infamous bell to request the help of her new housekeeper. “Chessy? It’s such a big house and all,” she says to the camera, before Walter comes out into the backyard. “You rang?” she dead-pans, full of contempt like in the original film, before both actors break character and smile.

Although their characters certainly weren’t friendly to each other, Hendrix and Walker ended up bonding on set, and their friendship is still going strong over 20 years later. They even attended the 2019 Tony Awards together. “Elaine is family,” Walter told Vanity Fair in an interview that year. “She knows all my kids, and we don’t need anybody else. We have each other. Elaine's my sister now; I adopted her.”

To celebrate The Parent Trap’s 23rd anniversary in July 2021, Hendrix reflected on Meredith in an interview with Insider, saying that she and Quaid had “tremendous chemistry,” even with an 18-year age gap both on and offscreen. “One of the generalized differences between men and women is that boys mature later and girls mature earlier, so I think I was sort of an older 26," she explained, adding that Quaid was a "younger" 44. In fact, she thinks Meredith was wide beyond her years, given her career ambitions and penchant for elegant designer clothes. "Clearly, Meredith Blake is not an average 26-year-old," she said. “All of that I couldn't relate to, but how together she was and how ambitious she was — that I could definitely relate to.”

In recent years, some fans have agreed with Hendrix’s sentiment, re-evaluating Meredith’s villainous reputation and reclaiming the character as a role model to be looked up to. “People [used to say], ‘God, I loved you because you were such a bitch,’” Hendrix told Vox in July 2018. “And the younger generation is now saying, ‘God, I love you because I want to be you.’” And given how she brought her back for a moment on TikTok, it seems that Hendrix is open to the idea of becoming Meredith Blake yet again.

More like this
Drew Barrymore & Justin Long’s Reunion On Her Talk Show Had Her In Tears
By Radhika Menon
Kenan & Kel Just Reunited At The 2022 Emmys & Twitter Is Overjoyed
By Grace Wehniainen
20 Years Later, Kelly Clarkson & 'American Idol' Judges Reunite For Her Hollywood Walk Of Fame Star
By Radhika Menon
Margot Robbie Breaks Her Silence On *That* Viral 'Barbie' Moment
By Maxine Harrison
Get Even More From Bustle — Sign Up For The Newsletter