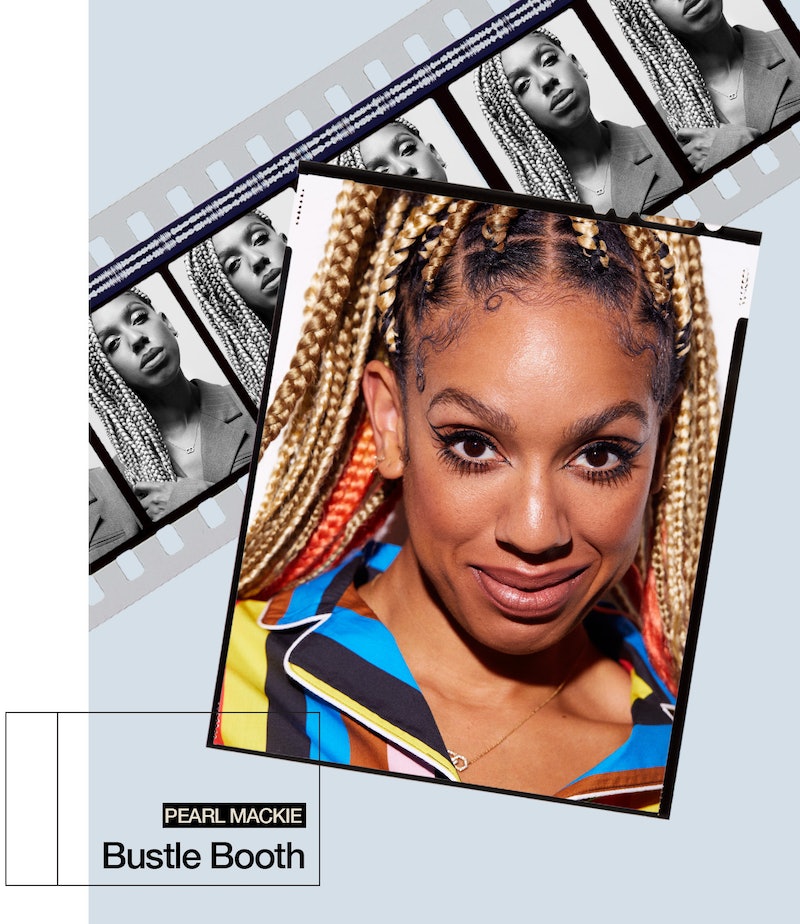 Pearl Mackie first shot to fame in 2016 when she appeared as Bill Potts, the lovable companion to Peter Capaldi’s Doctor Who. In the years since, she’s taken on roles in the Channel 4 comedy Friday Night Dinner and a spooky podcast series called Sour Hall. Her latest gig saw her don a police uniform as DS Jen Rafferty in ITV’s tense police drama, The Long Call. And while Mackie loves to play “different people within different worlds,” the actor tells me all her roles have one thing in common.

Speaking specifically about her character in The Long Call – which can now be watched in full on the ITV Hub – she tells me “I liked Jen’s nuance and journey. That’s what drew me to the role.”

The Long Call is a four-part thriller based on a novel of the same name by Ann Cleeves. In it, we see Mackie’s character Jen moves to Devon for a fresh start after leaving a violent relationship. Once there, she meets Detective Inspector Matthew Venn (played by Ben Aldridge) who is returning to the community with his husband after being ostracised for his sexuality two decades before. A mysterious disappearance draws them together.

Aside from its brooding shots and chilling storyline, The Long Call has been praised for its LGBTQ+ representation, placing a gay man as the lead detective in a murder mystery series. The director, Lee Haven Jones, is also gay, as are Mackie’s two co-stars Ben Aldridge and Declan Bennett.

“I think it’s really important to see queer characters in stories like this,” Mackie tells me. “A lot of the time stories focus on the nuances of being a queer person in the world and that’s so important. But I also think it’s really great to show that we do have jobs and wider lives. This isn’t a show solely focused on sexuality but it does touch on it too.”

She continues, “It’s good to show him in a strong, loving relationship. That bit is never questioned within the show. I think that’s something that so often is questioned when queer characters are depicted on screen. But he’s sure of his sexuality and very in love with his husband.”

Mackie came out as bisexual in 2020, writing on Instagram, “Proud to be bisexual and proud to be Black. Proud of all my LGBTQ+ brothers and sisters and everyone in between. We matter.” She’s since used her platform to speak out about LGBTQ+ rights and other issues that are close to her heart.

“It’s something I was passionate about before I had a platform to reach more people outside of like-minded friends and family,” she explains. It’s great to speak to people in your circle, Mackie says, “but it isn’t really how we affect change.”

Mackie’s next project will see her enter a different world once again. She’ll be starring as Honour Blackmore in a four-part period drama based on Henry James’ The History of Tom Jones, a Foundling. And if you want to get to know a little bit more about Mackie before she takes over British TV once again, you can read her Bustle Booth questionnaire below.

I’m a Gemini and everyone seems to really hate Geminis but I’ve got loads of Gemini friends and I think they’re all really nice.

“She doesn’t even go here” – Mean Girls. A classic.

I still haven’t finished Squid Game so it’s got to be that. Or Succession. Very different but similarly intense.

That’s hard, it depends on what mood I’m in. It’d either be something like “Gangsters Paradise” or a big belter. Something really cheesy from Wicked maybe.

Lil Nas X’s album, all the visuals, content, and queer Black joy that’s come with that.

That I’m funnier than they thought.