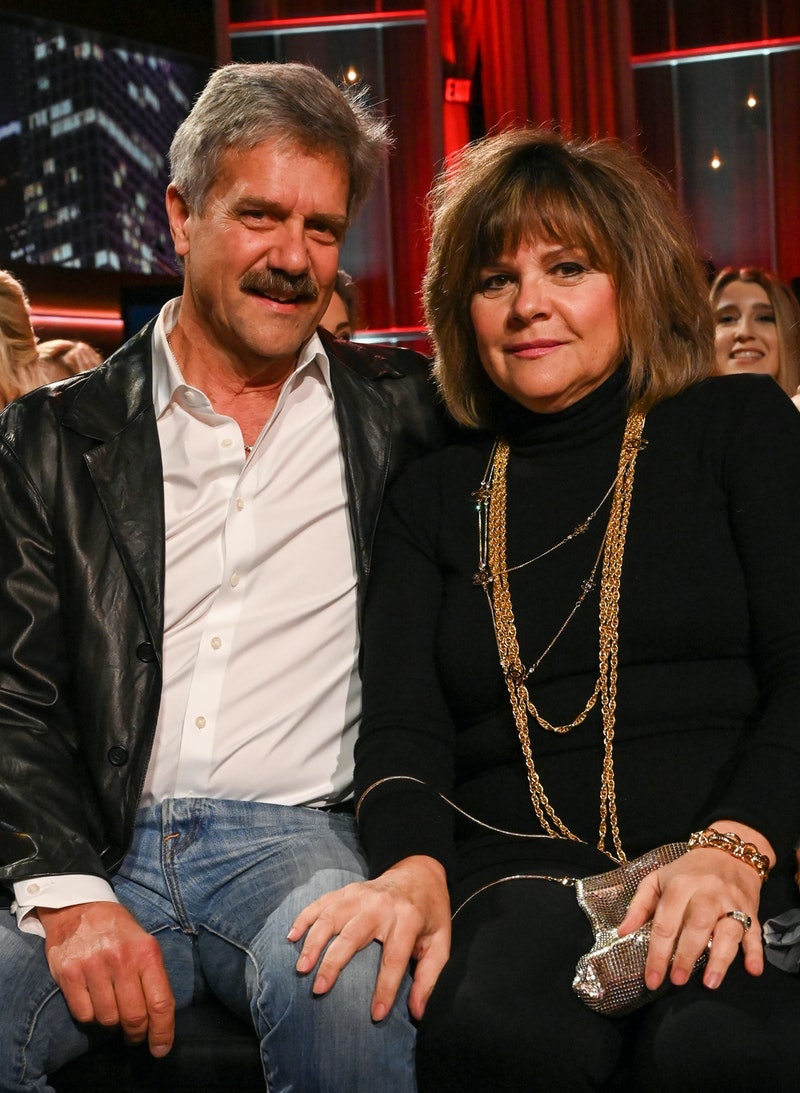 She may not have won Peter Weber's final rose on The Bachelor, but Kelley Flanagan still won the pilot's heart post-show. So much so that it's prompted Peter's mom Barb to discuss whether he and Kelley will get engaged anytime in the near future — a possibility that the Weber matriarch seems very open to if and when the time comes. But as things stand right now, she thinks her son and his new girlfriend are simply happy getting to know each other better and enjoying their time together.

“They’re going to do this day by day,” Barb told Life & Style, explaining that they appear to be in "no rush" to get married. “Now, basically, it’s just enjoying each other’s company and getting to know each other more. When the day comes, I’ll let you know!” (Though she did say "when" and not "if.")

But don't let the fact that they're not yet engaged or planning a wedding fool you — according to Barb, the duo are “madly in love with each other” and are “very compatible," which bodes well for their future together. In fact, Barb claims to have never seen Peter so happy in a relationship before. “To me, that’s just the greatest gift — to see him so involved and so in love and so happy,” she added. “He’s just over the moon and he always tells me that she’s the best thing that’s ever happened to him.”

Peter has made similar remarks about Kelley in the past, recently telling Entertainment Tonight how much he's come to genuinely care for the Chicago lawyer. "With Kelley, it literally sounds so cliché — I can just be myself. She truly gets me," he stated. "She's my biggest fan and she supports me and she's always there for me. I know I have my partner in crime forever." They are even making plans to move to New York City together sometime this summer or early fall. "I'm super excited to take this next step with Kell and move to New York and to see what adventures await," he added.

For her part, Kelley seems just as eager to take this next big step with Peter, though she admits that a proposal is far from her mind at this point. "We're not on a reality show anymore, we can take our time," Kelley explained during the same ET interview. "We don't need to rush anything. We want to make sure each other is in the right headspace, and there's nothing wrong with that. We're happy and we're living life."

But if that day does come, you better believe they'll have Barb's full support.

More like this
Laura Tott From 'First Dates' Married Her Long-Term Mystery Boyfriend
By Darshita Goyal
Is Nathan Fielder Dating Anyone? What 'The Rehearsal' Star Has Said About His Relationships
By Grace Wehniainen
Where Is Clayton Echard Now? The Former 'Bachelor' Star Is Dating Susie Evans
By Kadin Burnett
Here's Our Ranking Of The Funniest 'Bachelor' Casting Ad One-Liners So Far
By Grace Wehniainen
Get Even More From Bustle — Sign Up For The Newsletter