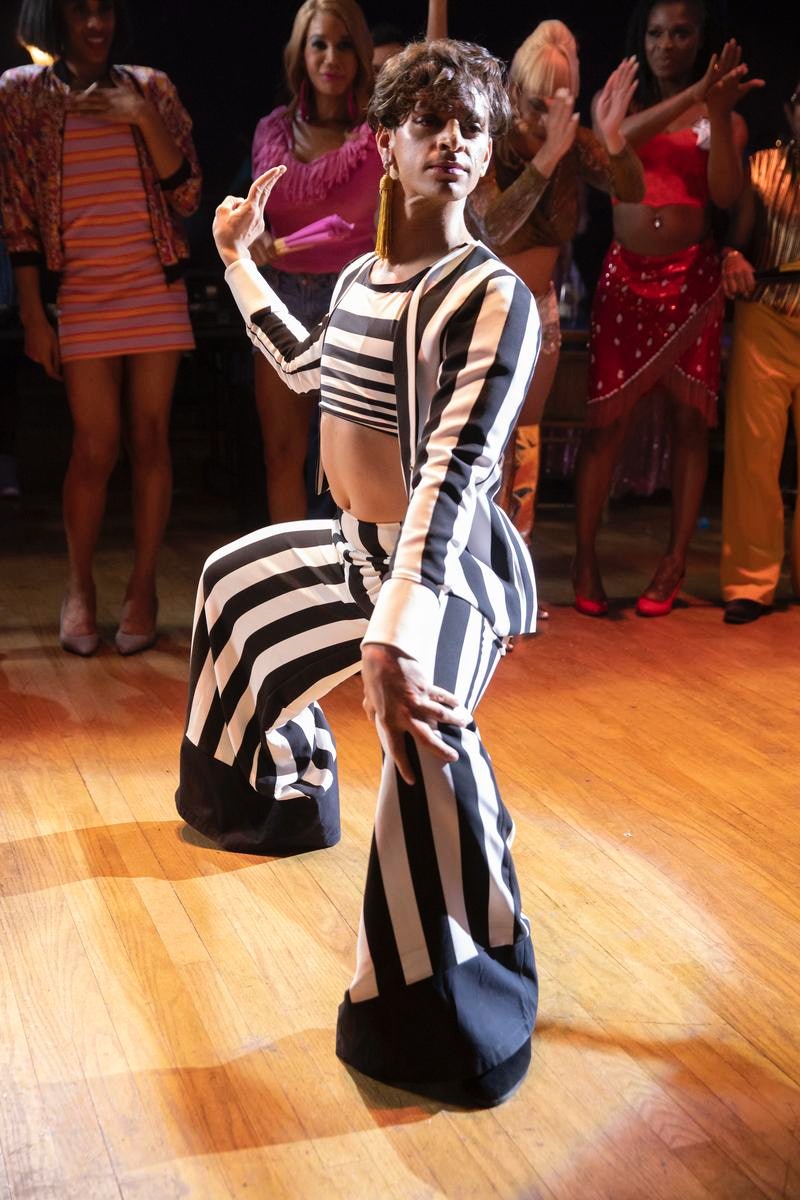 Light spoilers ahead for Episodes 1 and 2 of Pose Season 3. Only two episodes into the third and final season, Pose has already given the Evangelistas some new competition: the freshly formed House of Khan, who have coordinated outfits, technical skill, and a ruthless attitude. Lamar, the father of the house, seems to have struck out on his own and possibly even turned his back on his friends — at least until the House of Evangelistas make their comeback at the ball.

Like many other Pose families, the House of Khan draws its name from an icon in ballroom history. In this case it’s Lowell Adonis-Khanh, father of House of Khan and a major player in ‘80s ballroom culture. He’s credited with co-founding the Washington, D.C. ballroom scene alongside icon Eric Christian-Bazaar.

House of Khan has earned legendary status, having been around for more than 20 years. Among the famous members it’s had over the decades are Ayana Christian, Charles Christian, and Luna Khan. Its inclusion in Pose brought a personal connection for many in the cast and crew. “Luna and Jack, when they were hosting Vogue nights, that was like my first introduction to ballroom,” Jason Rodriguez, who plays Lamar, said in a press conference attended by Bustle. “I was told that Khan was constructed to kind of be that — that house, the one that came with all the power and all the strength ...For me [I hoped to bring] that house justice, to make Luna watch it. And hopefully he lives and thrives through the power that we tried to imbue … it was just us carrying the strength and the name.”

Of course like any legend, the name “House of Khan” has some baggage associated with it, as Pose has already teased. As Pray Tell sits with the council in their favorite diner, they discuss the rumors they’ve heard about Khan’s aggression right as the Khan family shows up for a food fight. By the end of the second episode, Lamar has lost his category to Pray Tell but still seems to be rearing for a fight. It’s that energy that Dominique Jackson, who plays Elektra (Lamar’s mother from his time with Abundance and Wintour), thinks of when she hears the Khan name.

“I immediately went to: they're bringing something violent. They're bringing something that is going to show the devastating side of our community,” Jackson said at the Pose press conference. But watching Luna change the face of Khan made her better understand how these names can evolve. “Just for me, it was a beautification of something that was kind of not tainted but born out of the sense of survival, born out of the sense of ‘We will survive no matter what, and if you defy us, this is who it is.’”

Executive producer, writer, and director Janet Mock was also first introduced to ballroom by Ayana Khan, who Mock said “told me about the fierceness of Khan.” So even when it became clear that the coronavirus pandemic would require the show to scale down on the ballroom scenes for Season 3, Mock always envisioned channeling the energy of the house that she witnessed at her very first ball into the season.

“When we came into the writers' room in Season 3, I wanted that street, that flavor, that ferociousness to be imbued into Jason's character, and so I immediately said in the room, ‘We need to have the House of Khan in this, and just have Jason come and storm with these amazing cast [members] behind him,’” Mock said. “That was our tribute to the House of Khan.”

More like this
'GoT' Star Emilia Clarke Says She "Just Can't" Watch 'House Of The Dragon'
By Brad Witter
The Plane Crash In 'Dear Edward' Is Based On A 2010 Tragedy
By Grace Wehniainen
This 'One Tree Hill' Wardrobe Error Is Going Viral On TikTok
By Brad Witter
A 'Terminal List' Sequel & Spinoff Are Reportedly In The Works
By Kadin Burnett and Grace Wehniainen
Get Even More From Bustle — Sign Up For The Newsletter
From hair trends to relationship advice, our daily newsletter has everything you need to sound like a person who’s on TikTok, even if you aren’t.