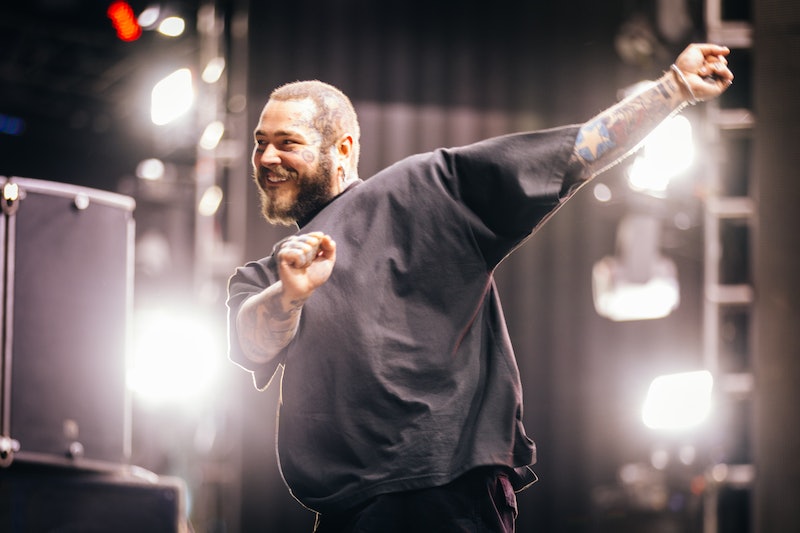 Post Malone has two big things on the horizon to rejoice: a new album and his first baby. The nine-time Grammy nominee confirmed to TMZ that he and his unidentified girlfriend are expecting. “I’m excited for this next chapter in my life, I’m the happiest I’ve ever been, and for since I could remember I was sad,” the 26-year-old rapper and singer said in a statement. “Time to take care of my body and my family and friends, and spread as much love as we can every day.”

The “Circles” star and the mother-to-be reportedly celebrated their announcement with a party in southern California with family and friends. Malone has kept his girlfriend’s identity secret, as they have apparently been working to build their relationship for some time completely out of the spotlight. No due date, sex, or possible names have been shared by Malone or his team.

In addition to preparing to become a father, Malone is also getting ready to release his fourth album, Twelve Carat Toothache, which drops June 3. The project will be his first full-length album since 2019’s Hollywood’s Bleeding, which skyrocketed to No. 1 on the Billboard 200 albums chart and spun off blockbuster smashes such as “Sunflower” with Swae Lee, “Wow,” and “Circles.” So far, the upcoming set has already produced the single “One Right Now,” which features The Weeknd. That track debuted and peaked at No. 6 on the Hot 100 songs ranking in America, becoming the 10th top 10 hit for Malone and the 14th for The Weeknd.