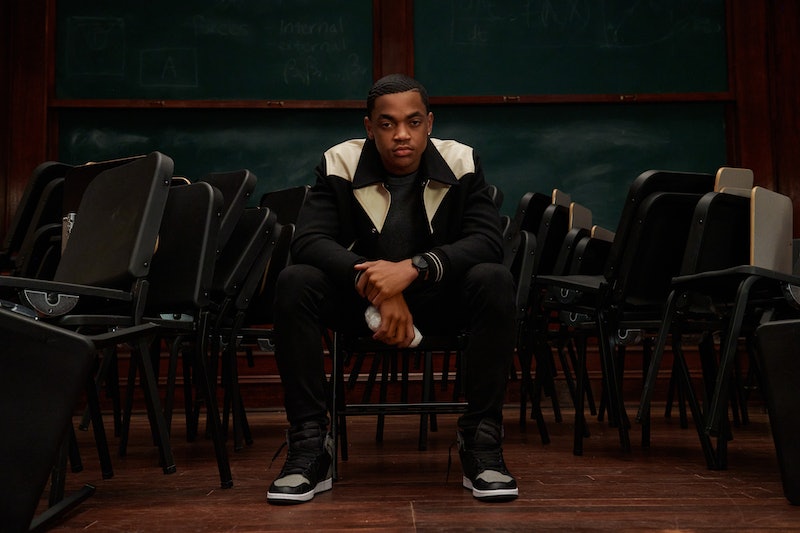 When Power Book II: Ghost premiered in September, Power fans were so eager to see what happened to Tariq and Tasha that it became the most-watched new series in the history of Starz. It comes as little surprise, then, that Power Book II was renewed for Season 2 just weeks after its debut.

With a cast that includes Power alums like Michael Rainey Jr. (Tariq St. Patrick) and Naturi Naughton (Tasha St. Patrick) alongside Grammy-winning newcomer Mary J. Blige (Monet Stewart Tejada), the freshman series has had plenty of new ground to cover. Despite being behind bars for Ghost's murder, Tasha is doing everything in her power to protect her son — including going to prison — though Tariq has taken matters into his own hands by cutting a deal with the Tejada crime family.

“In the second season, Tariq’s journey with the Tejada family will get even more complicated — and more dangerous — as he begins to understand the man he’s going to become," series creator, showrunner, and executive producer Courtney A. Kemp teased in a September statement, per Variety.

LaToya Tonodeo, who plays Monet's daughter Diana Tejada, also warned that danger could lay ahead for Tariq. "The Tejada family are vicious, cutthroat. It's no nonsense. I mean, it is Power – Monet doesn't play, so if he messes up, it could be really, really bad for him," she told Digital Spy around the same time. "The Tejada family, we do not play. And I feel like, if anything, Tariq wants to make sure that he's doing all that he can to protect his family, and vice versa for Tasha and her son."

Starz has yet to announce when Season 2 will premiere. But in the meantime, fans have the '90s-set prequel Power Book III: Raising Kanan to look forward to in 2021. (Two other spinoffs, Power Book IV: Influence and Power Book V: Force are also in the works.)

More like this
Here's When 'The Crown' Season 5 Will Premiere — And What To Expect
By Bustle Editors
The ‘You’ Season 4 First Look Shows Joe’s New Identity And Potential Victims
By Bustle Editors
The ‘Emily In Paris’ Season 3 Release Date Is Here, Plus The First Footage
By Bustle Staff
'Killing Eve' & 'Doctor Who' Stars Just Joined The Cast Of 'True Detective' Season 4
By Brad Witter
Get Even More From Bustle — Sign Up For The Newsletter