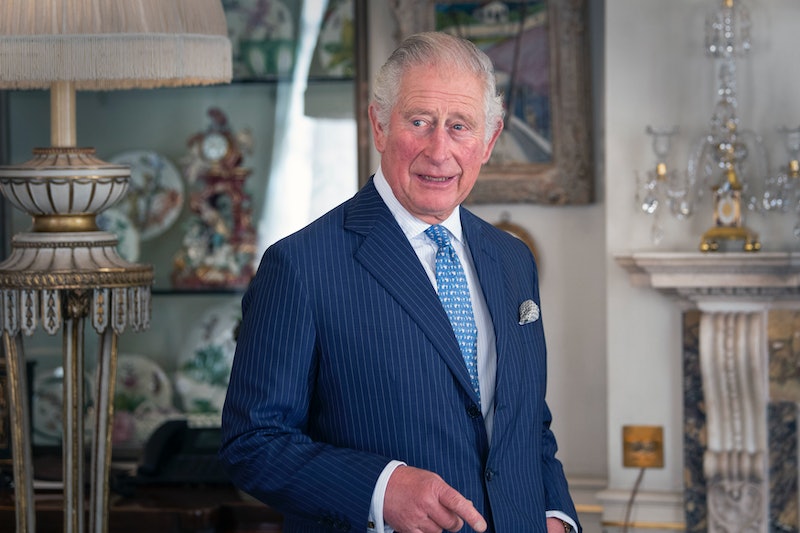 The Prince of Wales has long championed wildlife conservation and safeguarding the environment, but his thoughts on the importance of sustainability when it comes to fashion have remained less publicised. Until now. In a new interview, Prince Charles's has spoken about his lifelong commitment to sustainable fashion and his latest, fashionable endeavour.

Prince Charles isn't launching into a career in fashion just yet, but his foundation, The Prince's Trust, has co-founded a training programme with Net-a-Porter called The Modern Artisan. Enlisting students and recent graduates of the fashion industry, The Modern Artisan is preparing to launch "a sustainable luxury capsule collection" on Nov. 12, with sustainability at its core. "It's critical that we address the whole issue around how we produce clothes," the Prince told British Vogue's editor-in-chief Edward Enninful in the December issue interview.

Describing his style mantra as "buy once, buy well," Prince Charles also gave us a rare insight into his fashion carbon footprint, explaining how he hates throwing things away. "I'd rather have them maintained, even patched if necessary than abandon them," he explained. Enninful provides an example through the suit he wore to the Duke and Duchess of Sussex's wedding, which reportedly dates back to 1984. "I’m lucky because I can find marvellous people who are brilliant makers of the things that I appreciate," explains Prince Charles, "and because of that, I try to keep them going for longer."

"I happen to be one of those people who’d get shoes – or any item of clothing – repaired if I can," carried on the Prince, "rather than just throw it away." He even reminisced about his childhood and taking his shoes "down to the cobbler in Scotland" and watch on in fascination as the cobbler got to work, "rip[ping] off the soles off and then put new soles on."

Speaking about the new fashion collection by The Modern Artisan trainees – called Yoox Net-a-Porter for The Prince’s Foundation – he said: "I felt very proud indeed of what they’ve been able to produce. There are some very beautiful pieces, and I will be interested to see how this collection goes and what the reaction is."

The Prince of Wales also reflected on lockdown, the "new normal", and his hopes for the future. "I rather hope it will accelerate awareness of what we need to do in order to rescue our world from disaster. We need to understand that nature and everything on this planet is interconnected; you cannot do one thing without having an impact somewhere else. We need to put nature back at the centre of everything we do in a circular bio-economy. Species are becoming extinct at a rapid rate. We can’t go on like this, but there are solutions, we just need to act – and now."