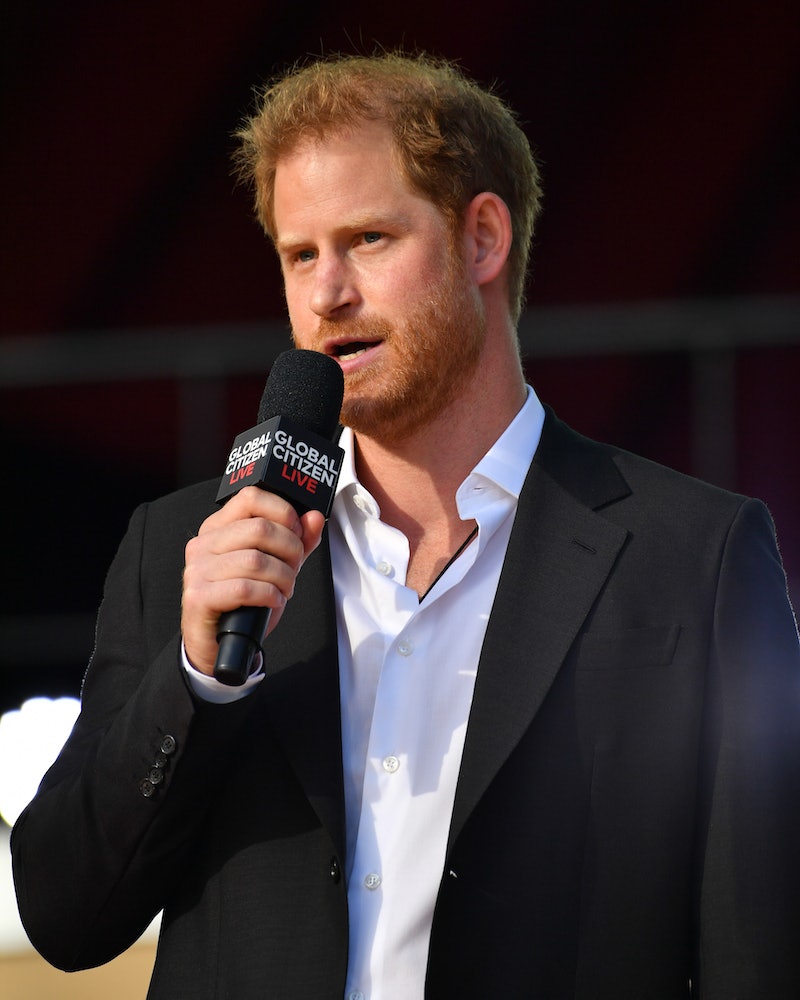 Prince Harry has called for the end of the HIV and COVID-19 pandemics in a new video to mark World Aids Day.

The video was released on Wednesday, Dec. 1, by The People’s Vaccine: a coalition of groups and activists that campaign for global vaccine equality and is backed by organisations such as UNAids, Oxfam, and Amnesty International.

The clip is co-narrated by the Duke of Sussex and the UNAids executive director, Winnie Byanyima, both of whom point out the similarities between the struggles for access to HIV medication and COVID-19 vaccines.

“There are striking parallels between COVID-19 and another deadly pandemic, one that emerged 40 years ago – HIV. This is a story about how corporate greed and political failure have prolonged both pandemics and what we can do to stop it,” Prince Harry says in the video.

Along with clips of the Duke and Duchess of Sussex at the Global Citizen Live event in Sept. 2021, and of his late mother Princess Diana meeting with Aids patients in the 1980s, Harry continues, “By ending vaccine monopolies and sharing technology, companies in the developing world can start producing COVID vaccines too … Break the monopolies … Deliver a people’s vaccine.”

Meanwhile, also in honour of World Aids Day, Prince Harry penned an open letter to the WHO director-general, Tedros Adhanom Ghebreyesus, in which he pointed out the “spectacular failure” regarding global vaccine equality.

“Similar to the Aids crisis, we’ve yet again revealed over the past year that the value of life depends on whether you were born and/or live in a rich nation or a developing country,” the Duke of Sussex wrote.

In the letter, Prince Harry also called for the breaking of “pharma monopolies prevent vaccines from getting to communities around the world in need,” adding that governments around the world need to honour their vaccine distribution commitments and pursue “international pandemic agreements.”

He concluded, “Let’s spend tomorrow continuing our efforts to save lives and make a difference.”