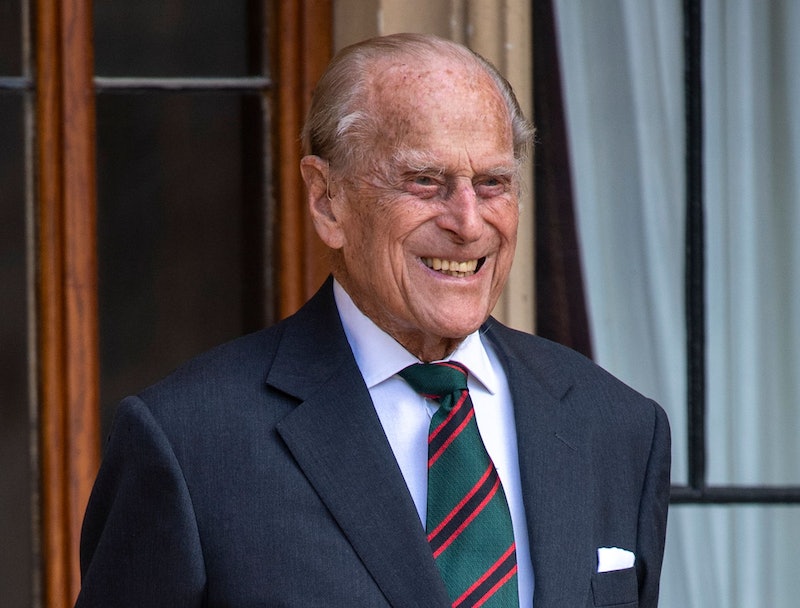 The Duke Of Edinburgh has passed away aged 99, Buckingham Palace has confirmed. “His Royal Highness passed away peacefully this morning at Windsor Castle,” the official statement read.

“It is with deep sorrow that Her Majesty The Queen has announced the death of her beloved husband, His Royal Highness The Prince Philip, Duke of Edinburgh,” the Palace said. “The Royal Family join with people around the world in mourning his loss.”

Adding that “further announcements” will be made in “due course”.

The Duke’s death comes after he was discharged from a month-long hospital stay on March 16 — his longest-ever. He was first admitted to King Edward VII's hospital in London on February 16 after feeling “unwell” and was later transferred to St Bartholomew’s, a specialist cardiac centre, where he underwent treatment for “a pre-existing heart condition.” The length of the Duke’s stay led to serious concerns for his health however, when he was discharged, he was said to be “in good spirits.”

The Duke is survived by the Queen, their four children, eight grandchildren and 10 great-grandchildren.

Prince Philip was born in Corfu in 1921 to the Greek and Danish royal families. He grew up in France, Germany and the UK before joining the British Royal Navy in 1939, aged 18, per Encyclopedia Brittanica. The same year he met the then-Princess Elizabeth while giving her a tour of the Royal Naval College when she was just 13, as Tatler reports.

Philip graduated from Dartmouth the following year as the best cadet in his course and served for the British forces in the Second World War, according to Encyclopedia Britannica. In October of 1942, he became first lieutenant of HMS Wallace at 21 years old – one of the youngest first lieutenants in the Royal Navy.

The Express reports that Elizabeth and Philip continued to write to each other after their initial meeting, and eventually, in the summer of 1946, Philip asked King George VI for his daughter's hand in marriage. The King granted his request, but the royal couple delayed the public announcement of their engagement until Elizabeth turned 21 the following April. The couple were then married on 20 November 1947 at Westminster Abbey.

The day before the wedding, the King bestowed the style of Royal Highness on Philip and on the morning of the wedding, he was made the Duke of Edinburgh after he renounced both his Greek and Danish royal titles, according to Encyclopedia Britannica. In 1957, the Queen granted her husband the title of a Prince of the United Kingdom, restoring the royal status that he had formally renounced ten years earlier.

Prince Philip remained an active member of the Royal Navy until the Queen’s accession to the throne in 1952, when he left to fully devote himself to supporting her work. Throughout his life, he served as patron to over 750 organisations, and founded the Duke of Edinburgh's Award in 1956 to give young people “a sense of responsibility to themselves and their communities”.

Over the years, he gradually bestowed these patronages to his grandchildren, and following a bout of ill health, Kensington Palace announced in May 2017 that the Duke would retire from his royal duties with full support of the Queen.