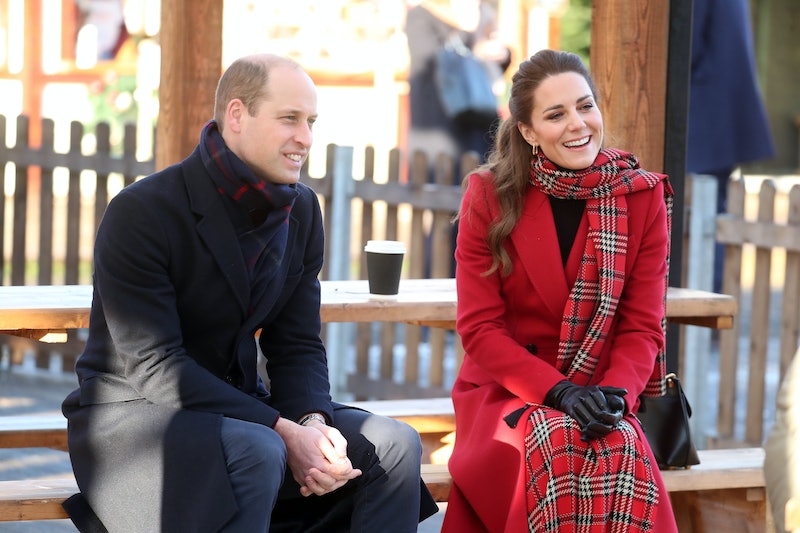 The Duke and Duchess of Cambridge are continuing the tradition of having a royal dog. Prince William and Kate Middleton reportedly got a new puppy, bringing home the pooch several months before the loss of their beloved dog Lupo in November.

The couple received the new pup, a now eight-month-old black cocker spaniel, as a gift from Kate's younger brother, James Middleton, according to The Daily Mail. The couple has yet to share a photo of the new dog on social media, however, an unnamed source reported to the publication that "the new puppy is adorable and the whole family are besotted."

James, who breeds cocker spaniels and is "dog dad" to Lupo's mom, posted a photo of a litter of puppies on Instagram in July. He wrote at the time that they were ready to move on to their new homes, all of which were "bursting with love." The Duke and Duchess of Cambridge reportedly had the first pick of the puppies, and chose their new pet with the help of Prince George and Princess Charlotte, according to The Daily Mail. James revealed in a May 31 Instagram post that all proceeds from the sale of the dogs would go to the U.K.-based charity Pets as Therapy.

The newspaper's source also reported that the new pet was originally intended to be a companion for their beloved Lupo. "It was hoped that a younger dog would give Lupo some company and give him a little more life and energy," the source said. Unfortunately, the older dog died in the following months, and the source said the family was "devastated."

In November, the royals announced the death of Lupo, writing on their official Instagram account that he had "been at the heart of our family for the past nine years." The couple added they "will miss him so much." William and Kate adopted the English cocker spaniel in 2011, the year they got married, according to People. The two later revealed the puppy had provided solace during a difficult time, keeping the duchess company when her husband was about to embark on a six-week deployment to the Falkland Islands.

It's not yet clear when the couple might share their new pup's name or photos with the public. The couple initially kept Lupo's name a secret until 2012, but Middleton eventually revealed his name to a group of children during a watercolor session, as per People. The Duke and Duchess of Sussex have included their dog in family photos in the past, so that may be the next time fans get further info on the royal puppy.

More like this
Prince Harry Incorrectly Recites Christina Aguilera’s “Genie In A Bottle” Lyrics
By Jake Viswanath
Here’s Why Tyler Perry Helped Prince Harry & Meghan Markle When They Moved
By Marina Watts
Kate Middleton Wore The Ultimate '90s Power Suit
By Sam Ramsden
Princess Diana’s Brother Shared A New Photo Connected To Her Childhood
By Darshita Goyal
Get Even More From Bustle — Sign Up For The Newsletter
From hair trends to relationship advice, our daily newsletter has everything you need to sound like a person who’s on TikTok, even if you aren’t.