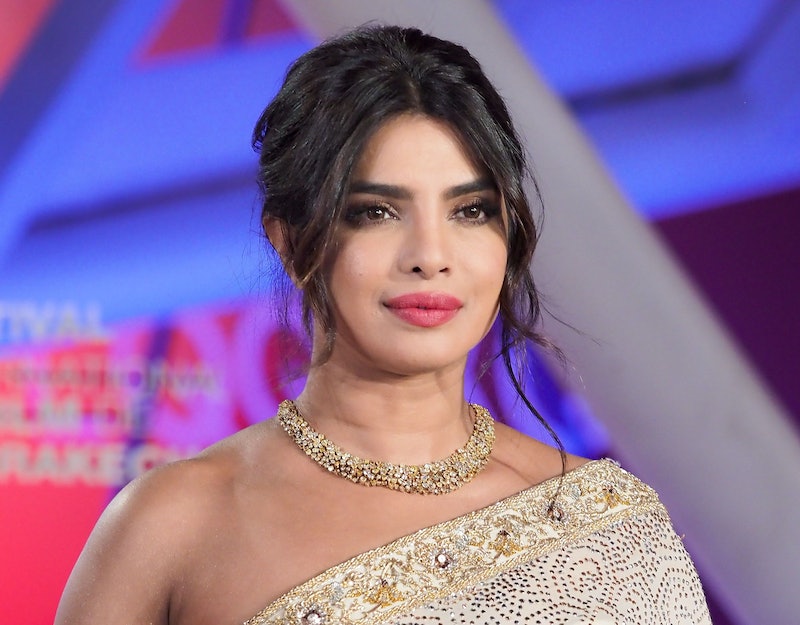 Priyanka Chopra Jonas will star in upcoming Netflix film The White Tiger, a thrilling drama adapted from the bestselling book of the same name. In a recent interview ahead of the film's release on Friday (Jan. 22, 2021), Chopra spoke about the importance of South Asian representation in Hollywood and how she is determined to be at the "helm" of it.

For Chopra, The White Tiger and what it represents is more than overdue in mainstream movie culture, which often fails to properly represent the South Asian community. Speaking to the Radio Times, Chopra said, "We're one-fifth of the population, but do you see one-fifth of the world's movies being South Asian? We don't."

Chopra told the publication that this new film forms parts of her mission to make South Asian entertainment global. "I really want to be at the helm of telling South Asian stories, because we don’t tell enough of them in global entertainment," she said.

Set in India, The White Tiger tells a story about an ambitious driver who uses his "wit" and "cunning" to escape from poverty and become an entrepreneur. Adarsh Gourav stars as the driver hired to chauffeur a rich couple, Chopra and Rajkummar Rao.

Although The White Tiger is set almost exclusively in Delhi, Chopra explained to the Radio Times that the film tells a story that can be applied globally. "I do think the fact that the film is based in India is sort of a metaphor for the class divide that exists around the world," she said, explaining that socio-economic divides are witnessed everywhere, especially now. "It’s the largest we’ve ever seen in the history of mankind."

She continued: "So the story even though it was based in India [The White Tiger] is still so relevant to the rest of the world because I think we have to be really conscientiousness about the fact there’s a really large population of the world which is living without the ability to have a choice in their future."

The White Tiger's director, Ramin Bahrani, applauded Chopras' efforts, both as an actor and producer, to tell more South Asian stories in India, Hollywood, and beyond. And, speaking to the Radio Times, he added that Netflix has "real vision" when it comes to diversity in TV and film.

"I hope more people around the world will get a chance to tell their story," said Bahrani, "people who don’t look a certain way or have the right name that equals Hollywood or international success, I hope that can be upended. There are a lot more people out there that have things to say and great stories to tell."

The White Tiger will be released on Netflix on Friday, January 22, 2021.

More like this
Everything To Know About The 'Daisy Jones & The Six' TV Series
By Maxine Harrison and Brad Witter
Turns Out George Clooney Is A Huge Fan Of This Classic British Game Show
By El Hunt
Helena Bonham Carter Doesn't Think 'The Crown' “Should Carry On"
By Sam Ramsden
'Abbott Elementary' Fans Probably Missed This 'Parent Trap' Easter Egg
By Sam Ramsden
Get The Very Best Of Bustle/UK
Sign up for Bustle UK's twice-weekly newsletter, featuring the latest must-watch TV, moving personal stories, and expert advice on the hottest viral buys.