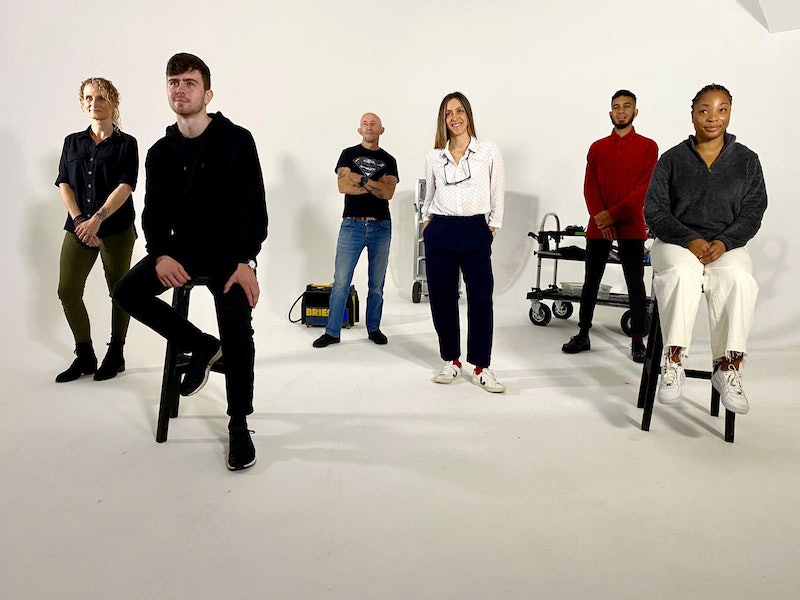 Acclaimed celebrity photographer Rankin — who’s snapped everyone from Madonna to David Bowie to the Queen – is heading up BBC Four’s the Great British Photography Challenge, which sees six hopefuls compete in various creative challenges and “on-the-spot camera phone” briefs across the UK. The series aims to find an exciting new name in British photography, but what’s the prize for the Great British Photography Challenge?

The Great British Photography Challenge’s six contestants — Tyrone Williams, 28; Georgie Peel, 41; Paul Williams, 60; Chelsea Nawanga, 25; Ali Lewis, 43; and Jackson Moyles, 21 – have been picked from a nationwide search to compete in this televised competition. Luckily, none of the hopefuls will be “eliminated” during the series. They will all stick around until the finale, when a winner will be chosen.

The budding photographers will need to prep their cameras (and iPhones) for a series of varied big and small assignments involving “multiple elements”, from a shoot on the blustery Brighton seafront to a fast-moving Boxing arena, a nature assignment in the New Forest with Chris Packham, and a glossy celebrity portrait with Anna Friel.

“All busting with potential, every contestant has their own signature strength or influence, whether fashion, abstract, street, wildlife or landscape,” reads the BBC’s synopsis. “However, all six are united by their love of photography and their desire to learn and develop their skills.”

With Rankin at the helm, the show has been described as a once-in-a-lifetime masterclass for the contestants who will get the first-hand experience of the “high pressured” career of a sought-after photographer.

“This has been an incredible opportunity to nurture the next generation of photographers,” says Rankin, who has been a photographer for 17 years. “All the contestants had such unique and varied backgrounds, but what brought them together was their love for photography. The contestants have exceptional promise and I’m excited for the UK to see their talent.”

The Great British Photography Challenge is available to watch on BBC Four and BBC iPlayer from May 24 at 9 p.m.