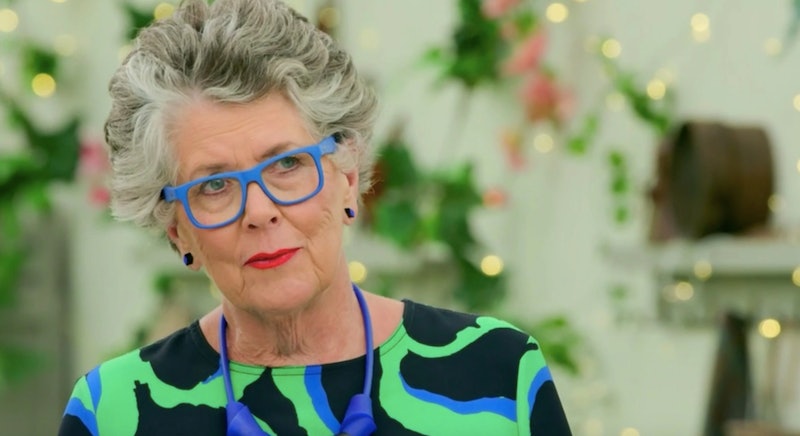 Great British Bakeoff judge Prue Leith has announced she is going to consider the option to no longer use the phrase “worth the calories.”

Channel 4 has previously come under fire for airing this catchphrase from Leith, which she often uses to express appreciation for the creations on the show.

Speaking on BBC Radio 4’s Desert Island Discs, Leith explained that, while she did not mean harm by using the term, she had been told it may be triggering for people, specifically those experiencing eating disorders.

“I don’t know why I say it,” she told presenter Lauren Laverne. “It’s just an expression of how much I love something, ‘Oh, this is worth every calorie’, I’ll say.”

She continued, “Beat – they are a charity that tries to tackle eating disorders – they say that I mustn’t say it because people who have an eating disorder feel guilty, they feel unhappy, and so they’ll eat more. So perhaps I’ll stop saying it.”

As mentioned, Channel 4 has been criticised for airing the phrase in the past. “Talk of food being ‘worth the calories’ is very unhelpful,” Tom Quinn, Beat’s external affairs director told the Mail Online back in October. “We would strongly encourage Channel 4 to be conscious about the way food and exercise is discussed, for instance not mentioning calories or specific weights, in order to protect their audience.”

Meanwhile, Twitter users have shared their thoughts on the continued use of Leith’s phrase, noting it can be harmful to others.

One Twitter user asked: “Will there ever be an episode of GBBO where they don’t mention calories? Or is it too much to expect a wholesome feel-good baking show that doesn’t talk about ‘guilt’ and/or calories?”

Another added: “PLEASE could someone tell Prue that ‘worth every calorie’ is a harmful sentiment that she should really not be making into a catchphrase?”