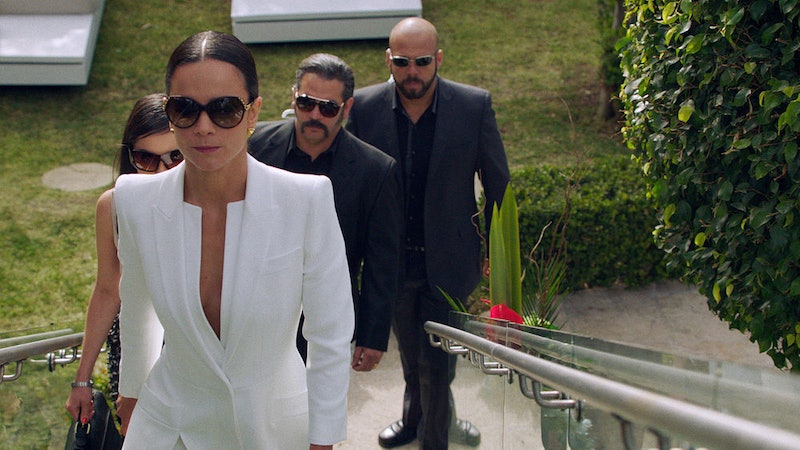 Teresa Mendoza’s reign is over. After five years on the air, Queen of the South is ending. USA announced the news in March, with the fifth and final season premiering on April 7 and now set to wrap up on June 9. In a joint statement, executive producers Dailyn Rodriguez, Ben Lobato, and David Friendly thanked the cast and crew — particularly “the talented and tireless” Alice Braga for bringing their queen Teresa to life.

Braga also reflected on portraying Teresa in an April interview with Forbes. “I think it was such a powerful, strong woman to play from point A to point B, so different,” the actor said of her character’s evolution from a poor woman to a lavishly wealthy leader of a drug empire. “That journey creating that, I’m definitely going to miss it. And I must say I'm excited for the end just because I feel that we completed. . . . To have five seasons of the show, it’s such a blast and such an honor that I’m definitely going to miss it, because it was a big part of my life. It’s been quite a ride.” Though there’s been speculation from fans about Teresa’s fate ahead of the series finale, the Brazil native added that she thinks viewers will “be happy with [the] arc” of the character in the end.

Braga also talked to Entertainment Weekly about saying goodbye to a character she regards so highly. “Teresa is the antihero and the hero of her own life, which is what I enjoyed most about playing her,” she said. “I love that we were able to show all her layers by revealing it little by little, which is the blessing of working on a TV show where you have years to unravel each detail and each secret. . . . [She’s] always surviving and always learning. Yes, she works in the cartel business — not selling ice cream. But there are a lot of lessons within Teresa Mendoza that are worth learning from.”

For those not quite ready to move on, the Spanish-language telenovela that Queen of the South is based on — La Reina del Sur — is still on the air. The show, which stars Kate del Castillo as Teresa, premiered in 2011 and returned for a second season in 2019. Telemundo announced last July that they’d renewed La Reina del Sur for Season 3 and expected production to begin in early 2021. A projected premiere date has yet to be announced, but the first two seasons are streaming on Netflix.