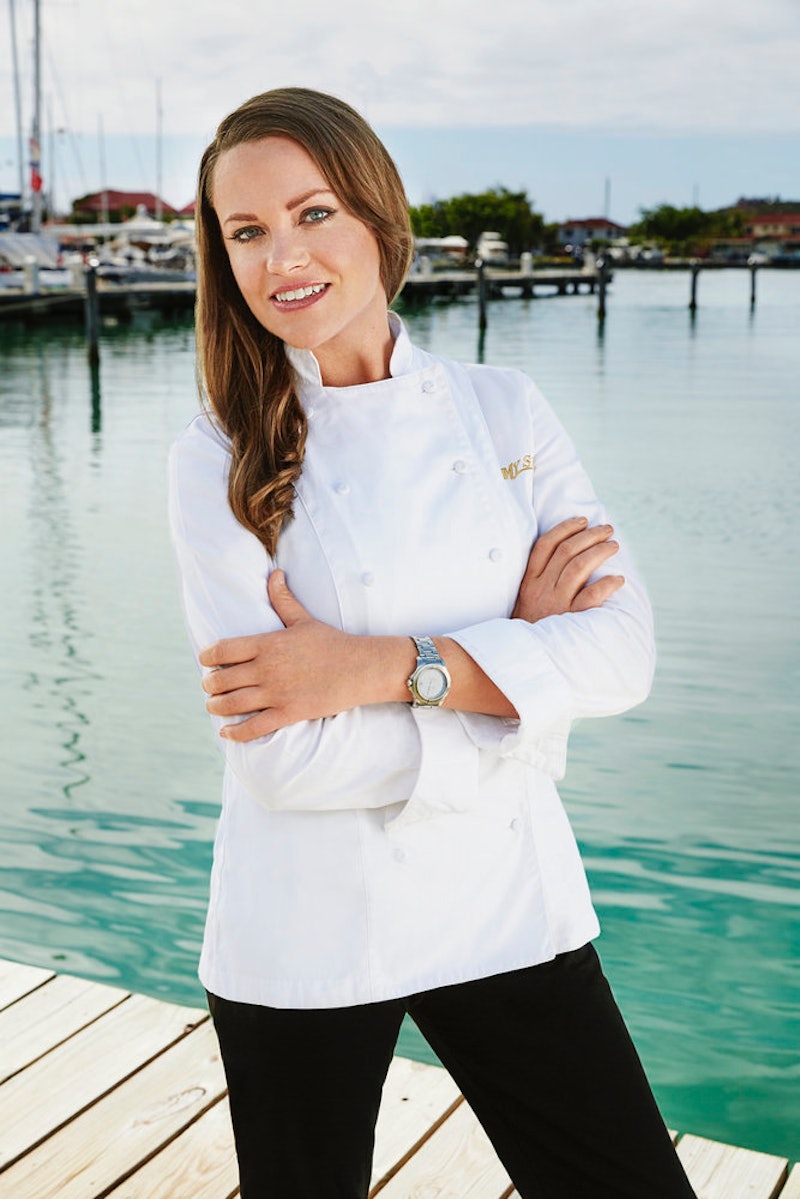 There might be some rough waters ahead for new Below Deck chef Rachel Hargrove. Bravo describes the new Season 8 chef as someone who always stands her ground regardless of anyone else's opinion. She also admits that her "demanding professionalism can be polarizing to others," so expect some personality clashes.

The clients, on the other hand, should be perfectly happy. Rachel is "unphased by almost any charter guest preference sheet" and "revels in her wide range of cuisines—from molecular gastronomy to gluten-free pasta," according to her bio.

Here's everything else to know about the Tampa, Florida native.

Though Rachel's Bravo bio says that she's predominantly self-taught, she did attend the Culinary Institute of America and held an apprenticeship at the Michelin star restaurant Quatro Passi in Nerano, Italy. She's also spent time immersing herself in the cultures and cuisines of Thailand, Japan, India, and Italy.

According to her Instagram bio, Rachel is currently studying Ayurveda Nutrition, which she discovered when she was studying in India and trying to cure digestion issues she was experiencing. (WebMD describes Ayurveda as an alternative medicine and one of the world's oldest holistic healing systems. It's based on the belief that health and wellness depend on a delicate balance between the mind, body, and spirit.)

On her personal website, Rachel bills herself as a "private chef nutritionist" as well as a massage therapist and yoga instructor.

Rachel's Instagram is, expectedly, a collection of beautiful scenery shots and photos of delicious food. She recently posted that she moved into a new apartment in Italy, which is where she'll be watching the Below Deck premiere. She's also posted pictures from Monaco, Spain, India, and the Bahamas, among other destinations.

Rachel Is friends With Kate Chastain

Though Kate is no longer Below Deck's chief stew, she previously worked on a yacht with Rachel — and they even watched Below Deck's first season together in 2013. "She is so intelligent," Kate said during an Instagram Live chat with WALT Wines on Oct. 13, going so far as to call Rachel one of her favorite chefs from the series. "You guys are gonna love her. She's hilarious, extremely talented."