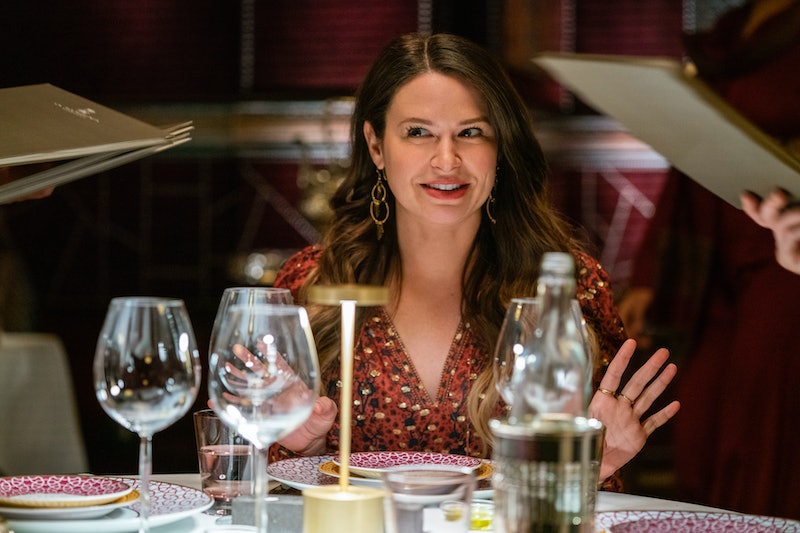 Netflix’s Inventing Anna recounts the life and legal woes of Anna Sorokin, whose name became nationally known after a May 2018 profile for The Cut. The article, which serves as the basis for the new series, detailed the way Sorokin posed as a fake German heiress named Anna Delvey in order to gain access to New York City’s elite circles and secure a $22 million loan to create a private membership club for artists. Though Sorokin has claimed she had a legitimate business plan and never intended to con people, she also defrauded hotels, restaurants, and the people she called friends — most notably Rachel DeLoache Williams, who’s played by Katie Lowes in the show.

As reported by The Cut, Williams was working as a photo editor for Vanity Fair in New York City when she met Sorokin through mutual friends in 2016. At the time, she had no reason to doubt that Sorokin wasn’t who she presented herself as. “Personally, it didn’t occur to me. I mean, how do you ever know anybody?” Williams told Harper’s Bazaar in 2019. “I don’t ask someone where they’re from and think they’re making up their entire identity.”

After the two had been friends for a year, Sorokin invited Williams on an “all-expenses-paid” trip to Marrakesh, Morroco — for which Williams ended up footing the entire bill after Sorokin claimed her credit card stopped working. Between flights, expensive meals, shopping, and the lavish villa they were staying in, the entire cost of the trip ended up being $62,000 — more than Williams made in a year. Sorokin promised to pay her so-called best friend back for the trip, but Williams asked for the money repeatedly for weeks and never received it.

“I'm losing it. I'm up every night having attacks and I'm late for work,” Williams said while sobbing during her testimony at Sorokin’s 2019 trial. “I'm getting phone calls from AMEX, which just causes more panic attacks, because I'm just telling them the same things Anna's telling me, which is, ‘It should be just any day now, it should be any day now.’”

Once it became clear that Sorokin was never going to pay her back, Williams reported her friend to the police, prompting an investigation that led to Sorokin’s downfall. Williams also played a key role in Sorokin’s arrest by helping police with a sting operation in Los Angeles. Although a jury convicted Sorokin on 8 of the 10 counts brought against her by New York prosecutors, she was cleared for allegedly stealing from Williams — a decision Williams called “extremely devastating.” Luckily, Williams’ credit card company forgave a bulk of the debt she’d taken on.

Williams was laid off from her position at Vanity Fair in 2019, and later that year she published a book on Sorokin titled My Friend Anna: The True Story of a Fake Heiress. Additionally, a 2018 article Williams wrote about Sorokin was optioned by HBO to be developed into a show by Lena Dunham.

These days, Williams is working as a writer and photographer. She recently wrote an essay for Air Mail accusing Netflix’ Inventing Anna for “effectively running a con woman’s PR.” “For Anna and Netflix alike, attention is stock-in-trade,” Williams wrote. “Consider that whatever scruples audiences may have with Inventing Anna, whether they celebrate or scrutinize its dubious dramatization, any controversy that ensues is sure to attract an even wider audience.”