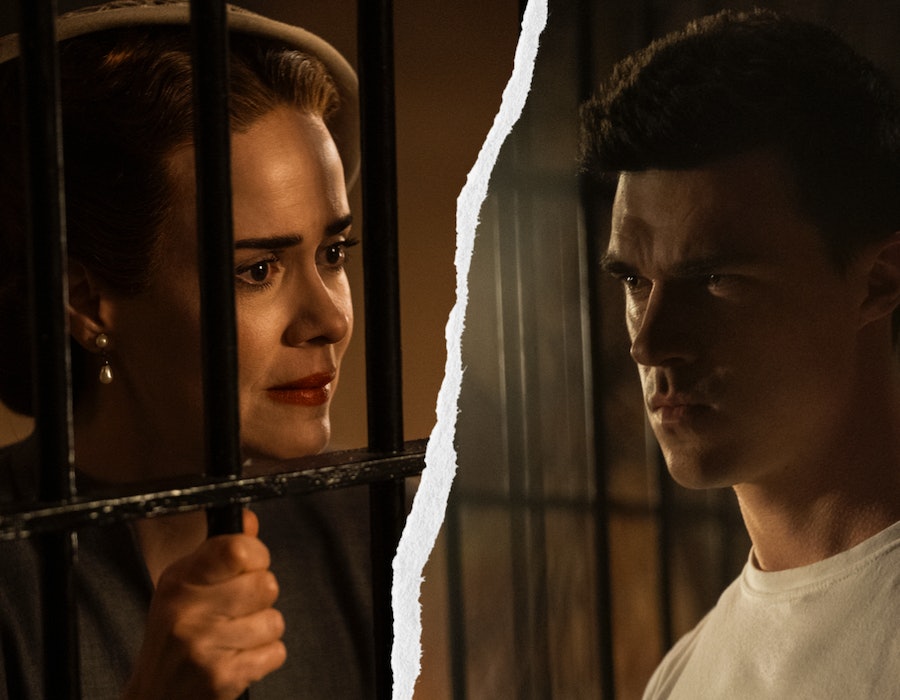 Spoilers ahead for Ratched Season 1. We already know where Mildred Ratched (Sarah Paulson) ends up after the events of Ratched: as the merciless nurse who wreaked havoc in Miloš Forman's Oscar-winning 1975 film One Flew Over the Cuckoo's Nest. Before the screen fades to black at the end of Ratched Season 1, though, Paulson's Nurse Ratched is still in a sunny place — literally. The inevitable clouds are just beginning to creep onto the horizon.

Ratched wraps in 1950, more than two years after Mildred's serial killer brother Edmund Tolleson (Finn Wittrock) escapes Lucia State Hospital with the knowledge that his sister was planning to euthanize him before the state put him to death. What Mildred saw as an act of mercy to prevent a barbaric execution, Edmund naturally saw as betrayal. (She had already betrayed him once, after all: when she left him behind after he murdered their abusive pedophile foster parents.)

"Where his path and Mildred’s path diverge, that's ... where his and Mildred’s relationship is still at," Wittrock explained during a recent press conference. "It's kind of that raw place that they never really got to resolve."

Mildred attempts to leave this past behind her, running away to Mexico so that her long-percolating love interest Gwendolyn Briggs (Cynthia Nixon) can receive a special breast cancer treatment. "The only place where joy lives is in Mildred’s relationship with Gwendolyn," Paulson explained. "It’s the first time in Mildred’s life, I believe, since she was a child with her brother pre all the sort of horrible things that were happening, where she has any opportunity for happiness and for joy."

But the safe space they create together there is short-lived. In order to truly start anew, Mildred needs to work through the messy relationship she still has with her brother — or at least accept where things stand. "It's a story, at its heart, of a woman who wants to absolve herself from the horrible guilt she’s been carrying about abandoning the most important person in her life at a very young age and living with that guilt and doing whatever she must do to be reunited with this person, only to have him forsake her," Paulson said.

This culminates in Mildred having a waking nightmare about Edmund and his accomplice Charlotte Wells (Sophie Okonedo) showing up to attack her. They're not really there, but shortly afterward, Edmund calls to let Mildred know he's figured out where she is. She realizes instantly that someone else sold her out, and as she tells her brother, she's going to "make them pay dearly for it."

She has her sights set on Edmund now, too. "Let me tell you something, little brother," Mildred says in Season 1's final minutes. "You are the one who should be afraid because I'm coming for you, Edmund." With that, viewers get their first glimpse at how the mostly sympathetic anti-hero becomes the menacing Nurse Ratched we know her as. And with a second season already on the way, she'll only sink deeper into that darkness.