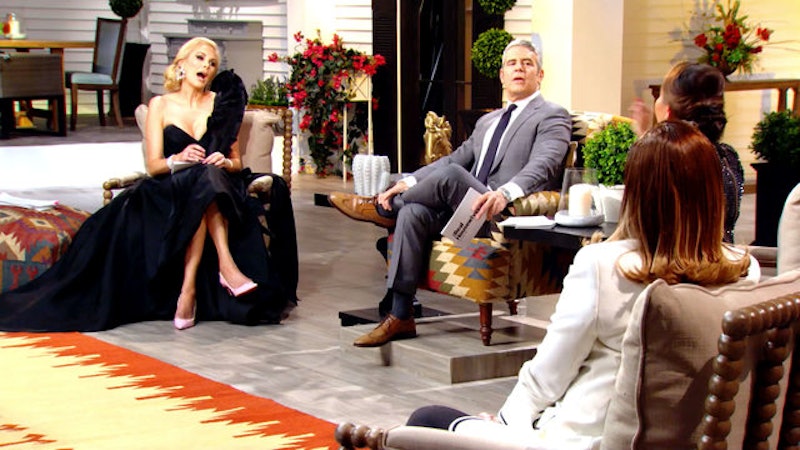 The Real Housewives of Dallas reunion, which culminates with a second part May 11, promises to deliver the drama — especially between Kameron Westcott and Tiffany Moon, as Bravo’s first look teases. The highly anticipated rehashing (or highly dreaded, depending on who you ask) was described by Westcott to Entertainment Tonight as “nothing fun” and “one of the hardest reunions I think I've ever been through.” If her take on the upsetting event is any indication, it looks like there will still be plenty of conflict left to address when RHOD returns for Season 6. The only question is, which of the wives will be there to address it?

Recent rumors of a shuffling cast, and quotes from some of the wives themselves alluding to new directions, make the build-up to Season 6 as dramatic as the show itself. Here is everything we know about Season 6 of RHOD.

When it comes to Season 6 of RHOD, the most tantalizing territory to discuss is the cast and who will or won’t return for the series’ next installment. Check with a different wife, and you’ll get a different answer every time: In her interview with ET, Westcott said that despite the reunion drama — and the fact that she’s not “in a great place” with two of the women — she does not foresee anyone leaving the show. “I think people always say that to get people stirred up and get people worried that they're leaving,” she explained, “but I really don't think anyone's gonna leave.”

One of the people she might be subtly calling out here is Moon, who recently told People that she is not sure if she will return (or if that option’s even on the table). However, despite all the drama, the anesthesiologist’s concerns seem to be more practical than personal.

“Something would have to change," she explained on the People Every Day podcast. "I cannot do the show if everything is exactly the same as it was this year. I am still working four days a week. My children are now a little bit more demanding than they were when they were younger. Something's gonna have to give. Like, I only have 24 hours in a day."

Brandi Redmond also seemed to suggest her time on RHOD was coming to a close — this time, via ambiguous Instagram post. As reported by ET, Redmond wrote, “I have loved sharing my life with you but sometimes things come to an end. The best kind of ends are happy ending and I choose happiness.” The caption, paired with photos of Redmond twirling in a vibrant dress and a Bible verse, definitely seems to point to an exit for the long-running star, which could come ahead of Season 6 or be part of the actual storyline.

Although RHOD Season 5 premiered later than usual due to COVID-related production pauses, the series typically premieres in late summer. At the moment, it’s unclear if Season 6 will get the show back on track with its regular schedule or premiere early next year.

This post will be updated with the trailer, release date, and additional details as more information on RHOD Season 6 becomes available.