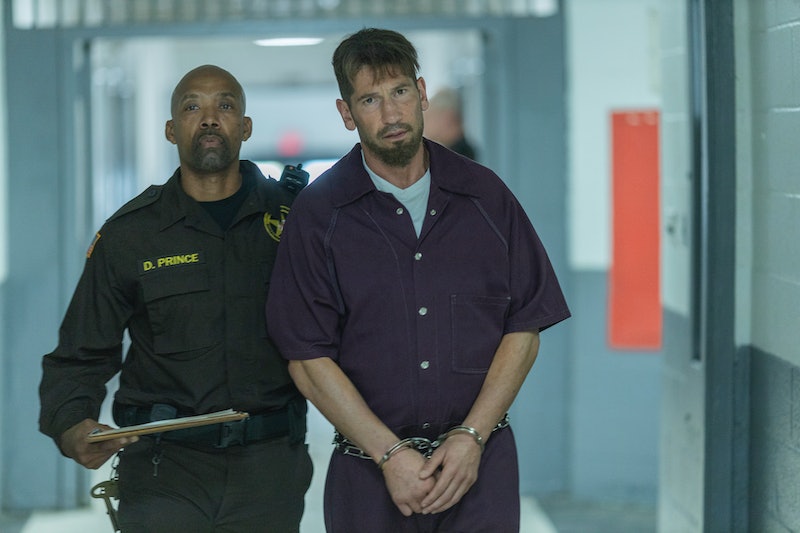 From the genius mind of David Simon comes HBO’s latest miniseries, We Own This City. The show returns to the streets of Baltimore, where Simon’s most beloved show, The Wire, took place. The series is based on what happened in the real-life Gun Trace Task Force scandal, in which years of shady and illegal dealings including bribery, strong-arming, and evidence planting landed several cops behind bars. We Own This City stars Jon Bernthal as Sgt. Wayne Jenkins, the de facto ringleader of the Gun Trace Task Force. As for the real Jenkins, it may be difficult for him to watch the miniseries.

That’s because in June 2018, Jenkins was sentenced to 25 years in prison. For the first three years of his sentence, Jenkins was doing time at the federal prison in Edgefield, South Carolina. However, in February 2020, Jenkins pursued an early release after saving a fellow inmate’s life. While his request was ultimately denied, Jenkins was granted a transfer, and now, according to the BBC, is serving the rest of his sentence at a federal correctional facility in Kentucky.

You may be wondering how Jenkins ended up in prison in the first place. Well, Jenkins served on Baltimore’s Gun Trace Task Force, a group of nine officers who would patrol the streets, seizing large quantities of guns and drugs. However, as also explained by the BBC, several months of internal surveillance uncovered that Jenkins and his team had been robbing citizens, fabricating overtime hours, stealing drugs, and reselling illegal firearms. When the task force’s crimes were brought to light, former U.S. Attorney for Maryland (and later Deputy Attorney General) Rod Rosenstein stated, “This is not about aggressive policing; it is about a criminal conspiracy. These are really simply robberies by people wearing police uniforms.”

During the trial, a bail bondsman named Donald Stepp testified that he had worked closely alongside Jenkins selling the drugs. “It was a front for a criminal enterprise,” Stepp said of the Gun Trace Task Force. “It was obvious to me, when I'm taking millions of dollars worth of drugs from the Baltimore Police Department and selling them, that … this is not a normal police department.” Stepp was also given a five-year sentence for his connection to the Gun Trace Task Force case; however, he only served 20 months after being granted a compassionate release.

It remains to be seen just how closely the new HBO miniseries will mirror the actual story of what happened. The show, lauded as something of a spiritual companion to The Wire, is set to premiere April 25 and run for six episodes, and if you’ve read this far, you can probably guess at the ending.