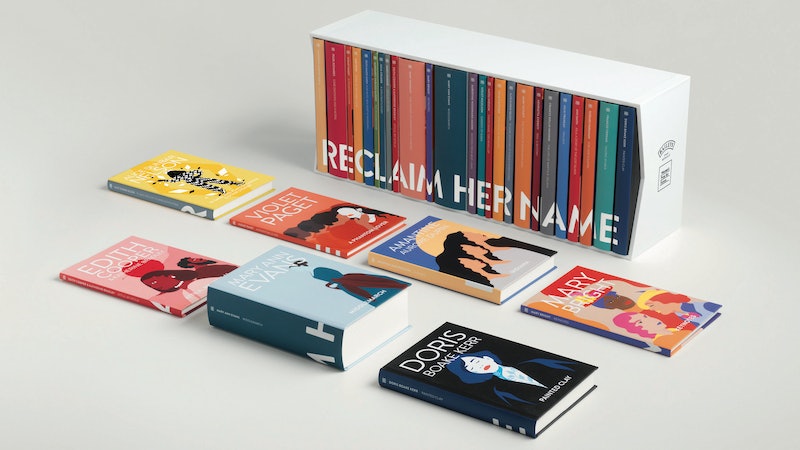 While there is still a lot of work to do, leaps have been made in terms of pushing for a gender-equal society; you only need to look back to the Victorian era to see how far we’ve already come. An overt gender bias in the 19th century meant that a number of well-known novels published under male names were actually written by women. Now 25 novels written under male pseudonyms have been republished under the female authors’ actual name for the first time.

Women throughout literary history have resorted to using male pseudonyms in order for their work to be taken seriously. Many wouldn’t have had their books published at all had they not adopted a male alias. Charlotte, Emily, and Anne Brontë famously published some of their work under the male pen names of Currer, Ellis, and Acton Bell. Now Mary Ann Evans’s Middlemarch, which was published nearly 150 years ago under her pen name George Eliot and has never been released under her real name, has been reissued alongside 24 other works by women whose writing has only ever been in print under a male pen name.

The 25 novels, which have been reissued as part of the Reclaim Her Name campaign to mark the 25th anniversary of the Women's Prize for Fiction, features the writers' real names on the covers. Kate Mosse, founder director of the Women's Prize for Fiction, told the BBC that the release empowers the women, “igniting conversations and ensuring they get the recognition they deserve”. The library of work also features modern cover artwork from female illustrators across the world, including Russia, Jordan and Germany. Mosse added it is “a lovely way to celebrate” the award's 25th anniversary.

Titles in the collection include Violet Paget’s A Phantom Lover, a gothic horror novel originally published under the name Vernon Lee and Indiana by George Sand, the male pseudonym used by the 19th century French novelist Amantine Aurore Dupin, who famously wore male clothing and smoked cigars in public, causing a scandal in society. Frances Rollin Whipper, who wrote The Life of Martin R Delany – the first full-length biography written by an African American – under the pseudonym Frank A Rollin in 1868, also joins the collection.

The titles, many of which have been out of print for many years, will be free to download in ebook form, from Baileys’ website, the Women's Prize for Fiction's sponsor, and physical box sets will also be donated to selected libraries across the country, including the British Library.

More like this
The BBC Is Adapting A Best-Selling Novel About A Mistaken Killer
By Darshita Goyal
Romance Authors Are Mobilizing For Reproductive Rights
By Natalia Perez-Gonzalez
This Episode 6 Moment Foreshadows Viserys' Fate On 'House Of The Dragon'
By Grace Wehniainen
Ling Ma Is Back — This Time, With Yetis
By Kate Dwyer
Get The Very Best Of Bustle/UK