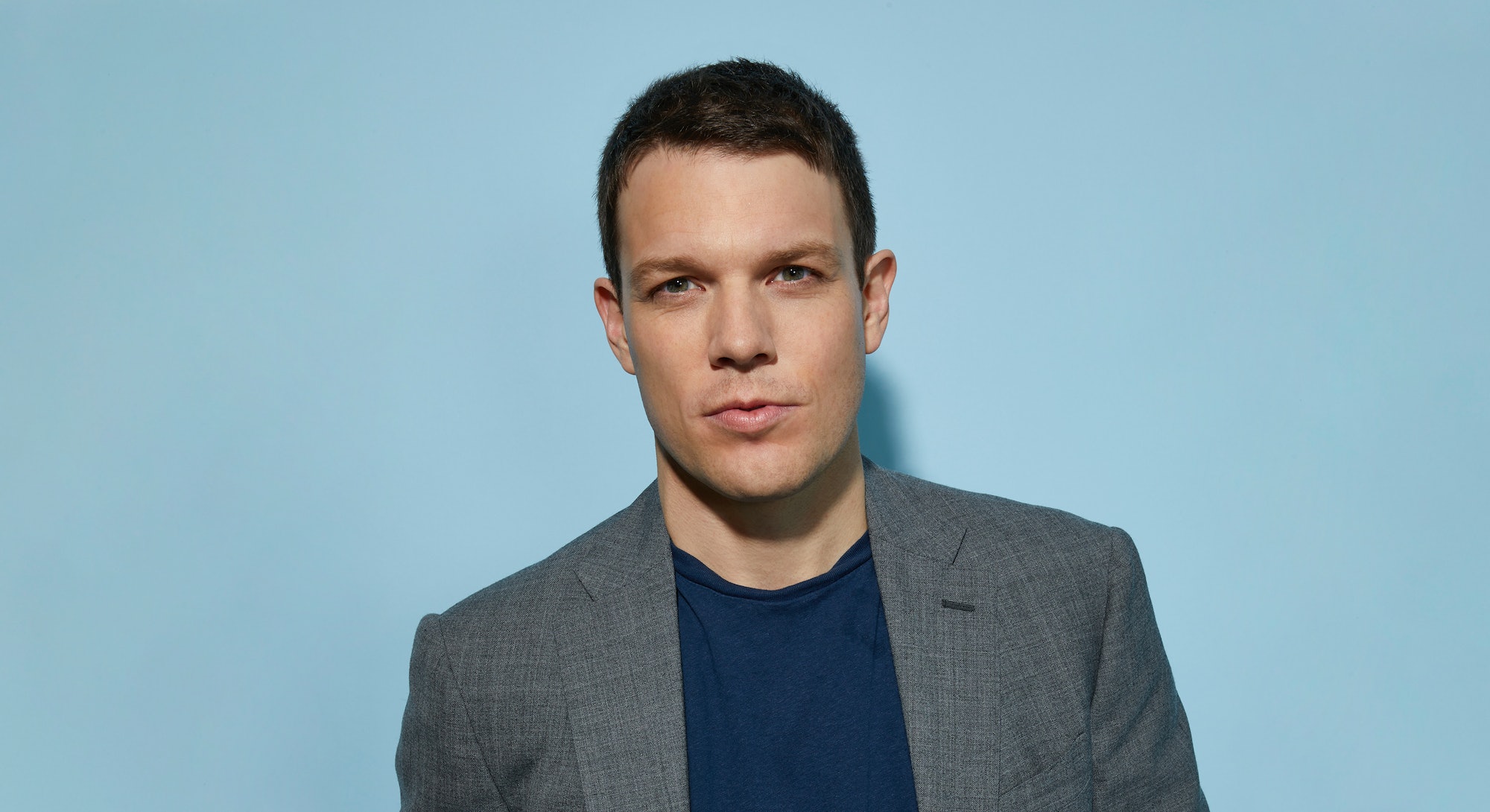 Jake Lacy loves Rage Against the Machine. The 35-year-old father of two listens to them as pump-up music on the treadmill; he's going to beg his wife to get a babysitter so they can attend the band's show at Madison Square Garden this summer. "It's the music I grew up on," says Lacy, while we browse the rap section of Rough Trade record shop in Brooklyn. "When I heard 'Bulls on Parade' and 'Down Rodeo' I was enthralled." He later whips out his iPhone to play a Sturgill Simpson song for me as we pore over Big K.R.I.T records while Harry Styles pops up as his last played artist.

Lacy's character in Hulu's gender-flipped High Fidelity series is nowhere near as musically curious, but he bears the hallmark of a signature Lacy character: the nice guy. The Vermont-born actor is at his most charming as the dependable foil to a messy, larger-than-life woman in projects like Obvious Child, Girls, and How to Be Single; in High Fidelity, he’s the responsible (if a little square) guy who isn’t exactly what music snob Rob wants, but could be what she needs.

“I used to be very uncomfortable with it. I felt like [people] were responding to me based off of something not real."

The media has painted Lacy as an avatar for the perfect boyfriend, anointing him “The Nicest Nice Guy Who’s Ever Nice-Guyed Onscreen,” who plays “The Dream Boyfriend In Everything” — there’s even a listicle ranking “Which Jake Lacy Character Is the Nicest Nice Guy.” That said, being typecast as a dreamy picture of male stability didn’t always sit well with the actor. “I used to be very uncomfortable with it. I felt like [people] were responding to me based off of something not real,” he says. “So I had to pretend to be this weird, not real person in order to not disappoint someone who liked the work I did.”

Not all of these “nice guy” roles were creatively fulfilling. “At their worst, male or female, those [supporting love interest] roles are thankless in that you shape shift to whatever the format of the lead’s arc needs you to take. Where it’s like, ‘In this scene he’s angry and in this scene he’s really supportive.’”

For a long time, Lacy wanted to break type. “I had some belief that the only alternative [to these roles] was Goodfellas or Raging Bull — broken, white male rage,” he says. He auditioned to play assassins and tough guys to no avail. Through a mix of therapy and other life changes like becoming a father, he came to accept that those parts just weren’t for him. “For a long time I’d be like, ‘Why didn’t I get the boxing trainer [role]?’ It’s like, because you don’t look like that,” Lacy says. So when the High Fidelity role came along, he was open to the possibility of playing another character in his wheelhouse — with some stipulations.

High Fidelity's Clyde fits squarely in the Lacy pantheon of good men: He’s a rock climbing enthusiast who drives a Prius and listens to Phish. But as his relationship with Kravitz’s Rob develops, Clyde reveals his nuances. It’s something that Lacy pushed for when signing onto the project, and he worked hard to deepen audiences’ understanding of the reason why Clyde is attracted to the often chaotic Rob. “His pattern is to be with chicks who are kind of a mess, but he’s really trying to extract himself from the mess,” Lacy says. “And it explains why he’s into her, as opposed to just being like, ‘He likes her!’”

To Lacy, Clyde has come to represent the best part of what these roles he plays so well have to offer. “There’s this middle ground where you can play a good guy and he can be dimensional in a way that can feel like it’s not just the idea of a person, but a real person,” he says. In playing Clyde — the guy who will buy you French Toast in the morning, but who is also prone to throwing a punch in anger — that Lacy has finally grown comfortable with being the internet’s most celebrated nice guy. “I have no qualms if I’m being objectified for being a good guy,” he says. “I’ll take it.”