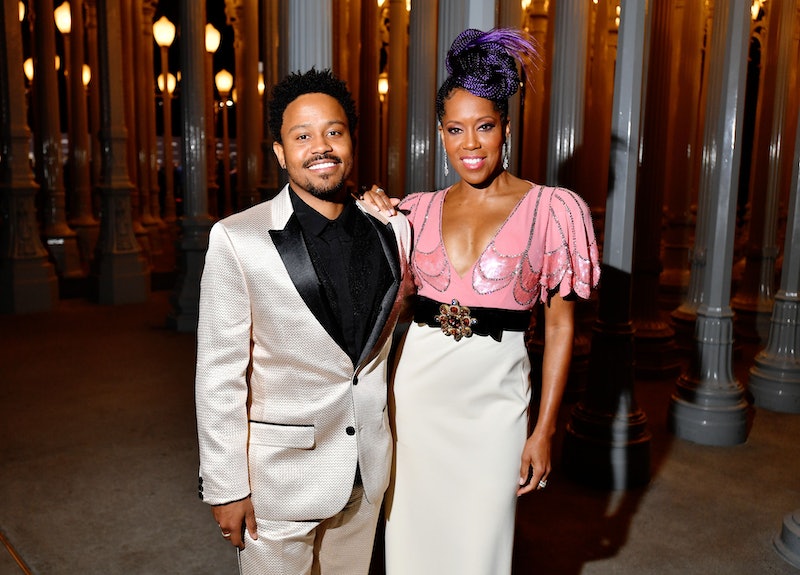 “Our family is devastated at the deepest level by the loss of Ian,” King said in a statement provided to the media. “He is such a bright light who cared so deeply about the happiness of others. Our family asks for respectful consideration during this private time. Thank you.” No further details were released.

Days prior to the tragic loss, Alexander, who performed under the stage name “Desduné,” tweeted on Jan. 14, “You know that episode of SpongeBob where they go inside his brain and it’s a bunch of mini spongebobs just losing their shit…..yea that one really hits home.” Minutes later on, he added, “I don’t think instagram is healthy for me.” However, in his final Instagram post on Jan. 18, he expressed excitement for an upcoming live performance, scheduled for Jan. 28 at Bardot nightclub in Los Angeles. (King commented, “Swag,” in the comments section, adding a raised hands emoji.)

Shortly after his death made headlines, numerous celebrities and public figures shared support for King and her family on social media. Among the many were Missy Elliott, Zoe Saldana, Billy Porter, Natasha Rothwell, Josh Gad, Roxanne Gay, Bernice King, Jackée Harry, Garcelle Beauvais, Loni Love, Jemele Hill, Marc Lamont Hill, Joy-Ann Reid, Heather Gay, Ibram X. Kendi, as well as Congresswomen Rashida Tlaib and Stacey Plaskett. “My heart aches for Regina,” Rothwell wrote, adding that she’s “keeping her and her family in prayer during this devastating time of unimaginable grief and incalculable loss.” Elliott, for her part, added “Dear LORD give them STRENGTH during this time,” while Love shared a photo she took with Alexander at Sherri Shepherd’s birthday party.

Prior to her son’s death, King called her only child “an amazing young man” in a People interview. “You don’t know what unconditional love is. You may say you do, but if you don’t have a child, you don’t know what that is,” the four-time Emmy winner said. “When you experience it, it’s the most fulfilling (thing) ever.”

That love was certainly mutual. In honor of King’s 50th birthday last January, Alexander wrote on Instagram that he was “so extremely proud of” and “inspired by” his mom’s “love, artistry, and gangsta!” He added, “To have you as my mother is the greatest gift I could ask for. To be all that you are while always having the time to be there, love and support me unconditionally is truly remarkable. The whole marvel universe ain’t got s--- on you, your the real superhero! Love you mom! This day and everyday YO DAY!!’

Speaking to E! News at the 2019 Golden Globes, he also called King “a super mom,” adding that she “doesn’t really let bad work days or anything come back and ruin” the time they spend together. “It’s really awesome to have a mother who I can enjoy spending time with,” he said.

In fact, the duo had matching tattoos that read “unconditional love” in Aramaic — his on his shoulder and hers on her arm — while taking Kabbalah classes. “He said, let’s choose three [designs] each and not tell each other which ones they are and whichever one is matching, that’s the one we’re going to get tattooed,” King shared on The View in 2017. “And we both chose unconditional love.”

More like this
What Is Barack Obama’s Net Worth? He Makes *Way* More Now As An Ex-President
By Hugh McIntyre
What Is Mandy Moore’s Net Worth?
By Hugh McIntyre
Kim Kardashian Remembers Her Last Words To Death Row Victim Brandon Bernard
By Jake Viswanath
Kourtney & Travis Crashed His Daughter’s TikTok Live In Their 2nd Wedding Outfits
By Grace Wehniainen
Get Even More From Bustle — Sign Up For The Newsletter