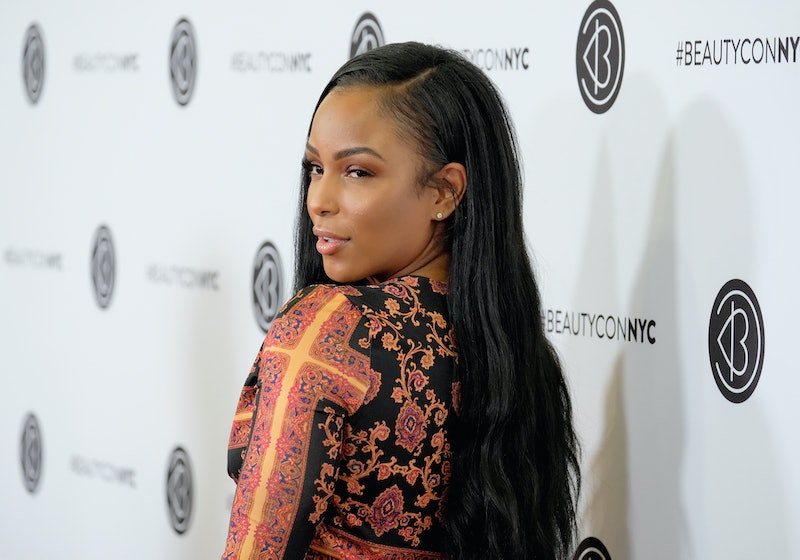 There's a YouTube star coming to Real Housewives of Atlanta. LaToya Ali is a friend of the show who hits it off with fellow cast member Kenya Moore, according to Bravo. But there's so much more to LaToya than just her friendship with Kenya. Here's everything you need to know about this RHOA newcomer.

The reality star is known as LaToya Forever in the YouTube community, where her vlogs have gained her nearly 1.5 million subscribers. She has videos dating back six years and they cover a range of topics, from nighttime routines to clothing hauls to videos about her family life. In 2016 she told New You that she was making most of her money from brand deals via her YouTube channel, and she also does sponsored content on Instagram. She's also the author of her 2016 book LaToya's Life: Uncut Mishaps of a YouTube Star.

In her New You interview, LaToya admitted that her children have helped boost her popularity. "If it wasn't for them, the [YouTube] show wouldn't be as successful as it is now," she said. She further capitalized on that popularity by creating the kids' clothing line Ali Kids, which used her kids as models for the items. All three of her children have Instagrams of their own, too.

The vlogger posted a video in September telling her subscribers that she and her husband Adam were separated pending a divorce after six years of marriage. In the video, she explained that while she cares about Adam and loves him, something was missing in their relationship. "I love him, of course I do, but I'm just missing something that's important in any relationship ... I want to feel all the feels when it comes to my partner and I don't feel it," she said.

Adam used to be a big part of LaToya's YouTube career, as she explained to New You four years ago. "My husband, Adam, manages the business aspect of our brand. We're a team," she said at the time. "What's his is mine, and what's mine is his."

Because Instagram is a money maker for her, many of LaToy's posts are sponsored ads. She posts a lot of modeling shots featuring her in various clothing brands like Savage X Fenty, DSW, Fashion Nova, and more.

Even the photos of her kids often double as #sponcon.

Her Instagram also reveals that Kenya isn't the only Real Housewives friend she has. She's friendly with Kandi Burruss and Cynthia Bailey, too.

LaToya is used to sharing her life with millions of people via her YouTube channel, but on Real Housewives of Atlanta, she can't control what gets captured or how it gets edited. Heavy is the hand that holds the peach.