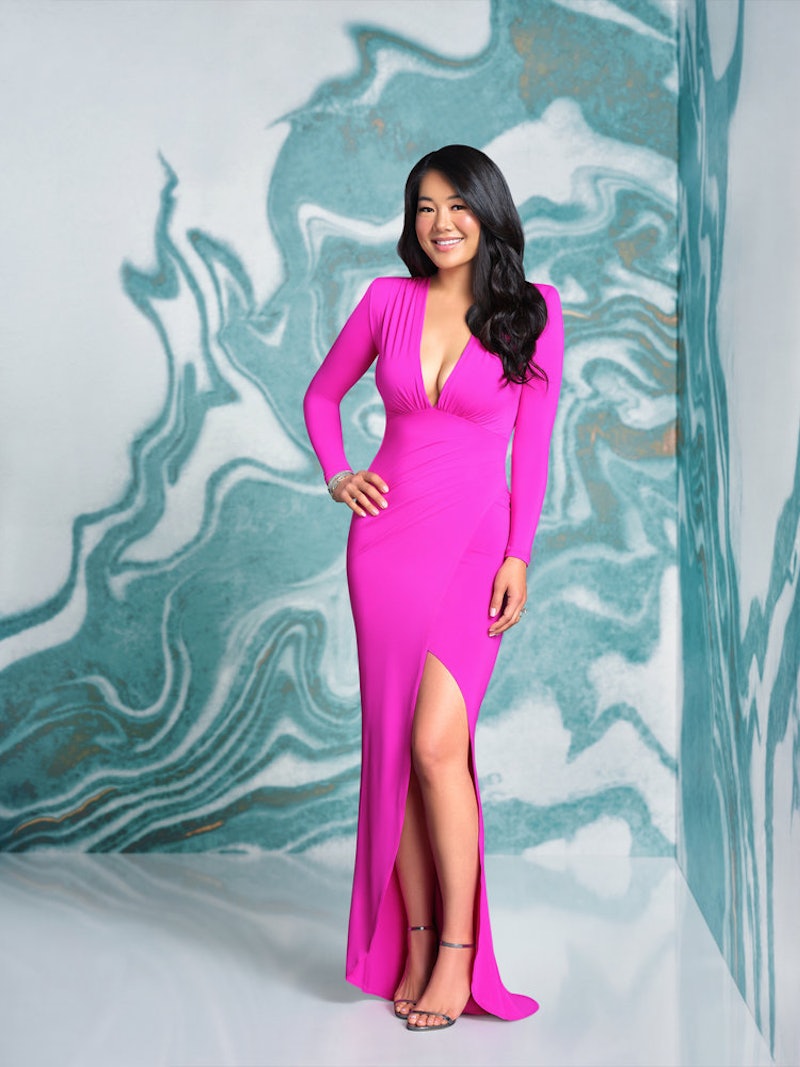 Not only is The Real Housewives of Beverly Hills Season 11 star Crystal Kung Minkoff the franchise’s first Asian American cast member, but she’s also a 76th generational descendant of famed Chinese philosopher Confucius. “It’s a huge honor and a huge responsibility I feel to represent not only Chinese Americans, but all AAPI,” she recently told People. “And with the uprise of anti-Asian hate, it’s a collective problem.”

Born and raised in Northridge, California to first-generation Chinese immigrant parents, Crystal attended the University of California, Irvine, where she studied biology and history. She joined The Real Housewives at the suggestion of her longtime friend Kathy Hilton, who will also appear in Season 11 as a friend to the cast (Hilton is the half-sister of fellow cast member Kyle Richards). Crystal told People that “all the girls were helpful and sweet” during filming, but she connected most with Garcelle Beauvais and Dorit Kemsley. Here’s everything else to know about RHOBH’s newest housewife.

Crystal used her formal culinary training to co-found Real Coco, a coconut-based food and beverage company, in 2012. According to the company’s official website, their guiding principle is that “coconut is the healthiest and most sustainable option for you to follow your plant-based lifestyle.” In addition to selling coconut milk, coffee creamer, water, and chips, the website also offers a variety of free recipes. Crystal’s brother Jeffrey Kung, a Shanghai-based musician who started China’s first hip-hop radio show, serves as a co-founder.

Prior to starting Real Coco, Crystal had minor acting roles in 2008’s The Forbidden Kingdom alongside Jackie Chan and Jet Li as well as 2011’s Flypaper, which starred Patrick Dempsey and Ashley Judd. (She was also credited as an assistant director on The Forbidden Kingdom.)

Crystal met her husband Rob Minkoff — a filmmaker and animator who directed the 1994 Disney classic The Lion King — at a party in 2003. They made their debut as a couple at the May 2003 premiere of Finding Nemo, and Rob proposed at a Beverly Hills restaurant on Valentine's Day 2006. The couple married in September 2007, with Rob’s brother Kevin officiating the ceremony and Crystal’s brother Jeffrey performing at the reception.

In addition to The Lion King, which won two Academy Awards, Rob’s other notable film credits include the Stuart Little series, Haunted Mansion, and The Forbidden Kingdom. Rob and Crystal, who also have a home in Beijing, are parents to two children: Max, 8, and Zoe, 6. “My kids are my whole life actually, outside of my social life,” Crystal gushed in a Bravo video.

In addition to prominently featuring her family and friends, Crystal’s Instagram showcases a range of hobbies, including that she’s an avid skier, loves to play tennis, and enjoys gardening. She also frequently shares Real Coco recipes, including a green detox soup and vegan cheesecake bites. (As the in-house RHOBH bartender, she makes a mean signature margarita too.)

On top of that, Crystal seems to have a great sense of humor and loves a good food pun (e.g “It’s getting hot in here. So take off all your cloves”). She’s also spoken out loudly about the fight against AAPI bullying and hate, and recently shared a collection of photos celebrating her 15-year friendship with Jackie Chan.

Get to know more about her when RHOBH Season 11 premieres on May 19.