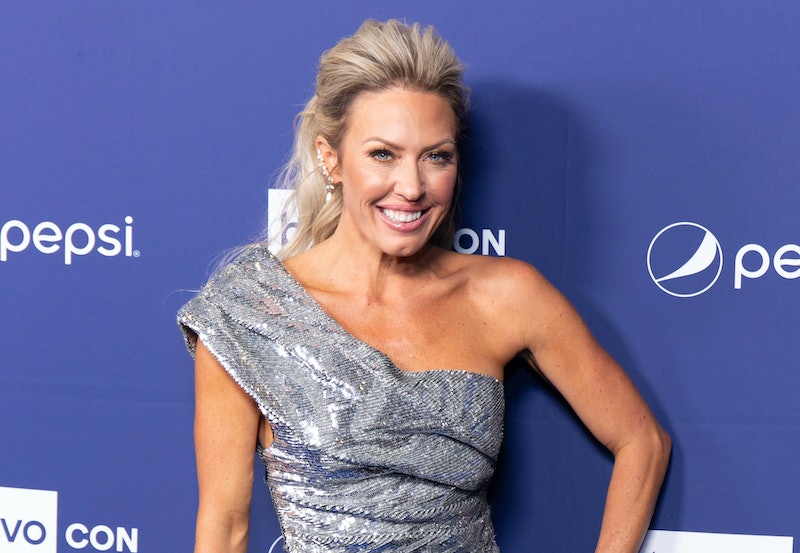 This Real Housewife is finally embracing her authentic self — and so is the rest of her family. During an interview with GLAAD on Dec. 2, Real Housewives of Orange County star Braunwyn Windham-Burke came out as a lesbian, explaining that while she was always attracted to women, it took her a long time to finally accept her identity. "I got married very young and I never thought about it. So, to be 42 … I’m just now starting to feel like I’m becoming the woman I was supposed to be," she explained.

Windham-Burke, who has been married to husband Sean Burke for 20 years, clarified that her decision to come out wasn't "something new," but rather her accepting who she's always been. "For me to be living completely authentically and say, 'I'm a lesbian,' that was who I have always been," the reality star explained. "... I've always known it. But it took me personally 42 years to be comfortable enough in my own skin to say that."

Windham-Burke isn't the only one who is completely accepting of her sexuality; in fact, she revealed that she and her husband have no plans to separate now that she is out. "Honestly, we are in uncharted territory. I don't have a role model for this. I don't have anyone to go to for answers," she admitted. "So right now, we’re just doing our own way. You know, Sean and I are still married. I plan on staying married … we’re raising the kids together. He’s my best friend."

While Windham-Burke admitted that she and her husband are no longer "sleeping in the same bed," they're both determined to make their unconventional situation work for them. "He knows the girl I’m dating, her name is Kris," the reality star explained. "They hung out. I mean, we go to parties together. She came over the other night and hung out with the family. She had dinner with us. I mean, it’s only as weird as you make it." Though she noted that "I don't know how we're making it all work," Windham-Burke underlined that she and her loved ones are focused on honesty and communication and that everyone involved is open and happy with the situation.

That includes the five children that she and Burke share — Bella, 20, Rowan, 18, Jacob, 15, 7-year-old twins Caden and Curren, Koa, 5, and Hazel, 2 — all of whom are supportive of their family's new arrangement. "For them, it was no issue. They're like, 'OK, cool. You're happy,'" Windham-Burke explained. "They've noticed that the temperament of our home has settled into a nice happiness, because we're all living very honestly right now, and you can see it."

It was a desire for that kind of honesty — along with her recent decision to get sober — that helped push Windham-Burke to finally come out and share her truth with the world. "This sort of became something that I didn't want to hide anymore, and I didn't want to keep secret anymore," she explained. "I want to be able to go out to dinner with whoever I want without judgment. You know, as long as my husband is OK and the person I'm dating is OK and knows everything, I didn't want to have to hide this anymore."

Her path to sharing her true self with the world may have been unconventional, but Windham-Burke couldn't be happier to finally live her life openly and authentically. "It feels so good to finally be living my truth," she wrote on Instagram, shortly after the GLAAD interview came out. "I am a lesbian. At 43 years old, I've finally been able to accept this part of myself and I've realized there are no rules about when someone should come out. This is my time."