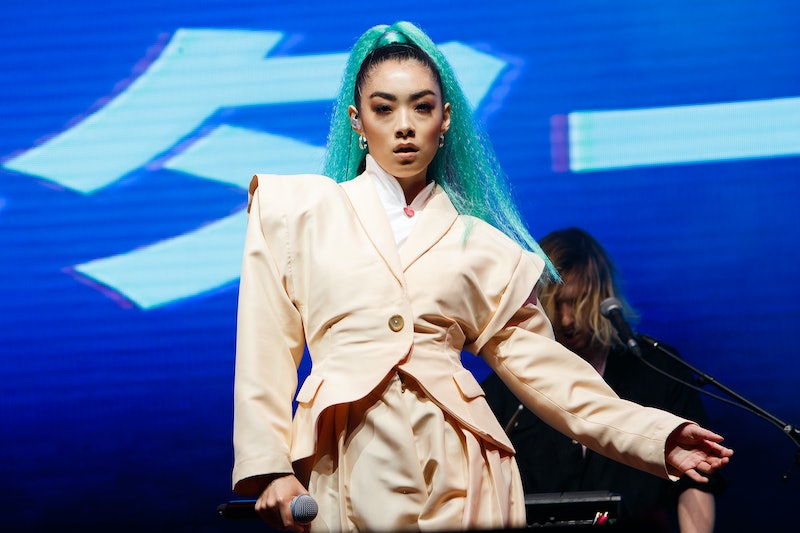 Back in 2020, Japanese-British pop star Rina Sawayama shared her “heartbreak” after she revealed she was not considered "British enough" to enter BRIT and Mercury Music awards — despite having lived in the country for more than 25 years. After months of discussions, and a social media campaign under the hashtag #SawayamaIsBritish, both the Mercury Prize and BRIT awards have changed their eligibility rules to allow artists without British citizenship to enter.

Thanks to Sawayama's campaign, The British Phonographic Industry announced that artists who have been residents in the UK for more than five years now qualify.

For the 30-year-old singer, who has an indefinite leave to remain visa, the news helps ignite an "important conversation about Britishness."

In a statement posted to Instagram, Sawayama said she was "over the moon" with the announcement.

"I thank you all from the bottom of my heart for sharing the #SAWAYAMAISBRITISH campaign worldwide and igniting this important conversation about Britishness," she wrote.

She added: "Without your collective voice this wouldn't have happened. In my 26th year of living in the UK I'm so proud that I can help make this systemic change for future generations so that in years to come we can see a more diverse definition of British musical excellence.

"The idea that my music can be part of that is unbelievably exciting."

Last year, Sawayama released her debut album Sawayama to widespread critical acclaim but was not eligible to be nominated for some of the UK's biggest musical accolades.

"It was just heartbreaking," she told BBC News last year. "I think a lot of immigrants feel this way - where they assimilate and they become part of the British culture... and to be told that we're not even eligible to be nominated is very othering."

Sawayama has always lived in the UK but carries a Japanese passport. Previously, to be eligible for the BRIT awards, she would have needed dual citizenship, which Japan does not allow.

Speaking to Vice last year, she said: "I've just lived here all my life. I went to summer school in Japan, and that's literally it. But I feel like I've contributed to the UK in a way that I think is worthy of being celebrated, or at least being eligible to be celebrated."