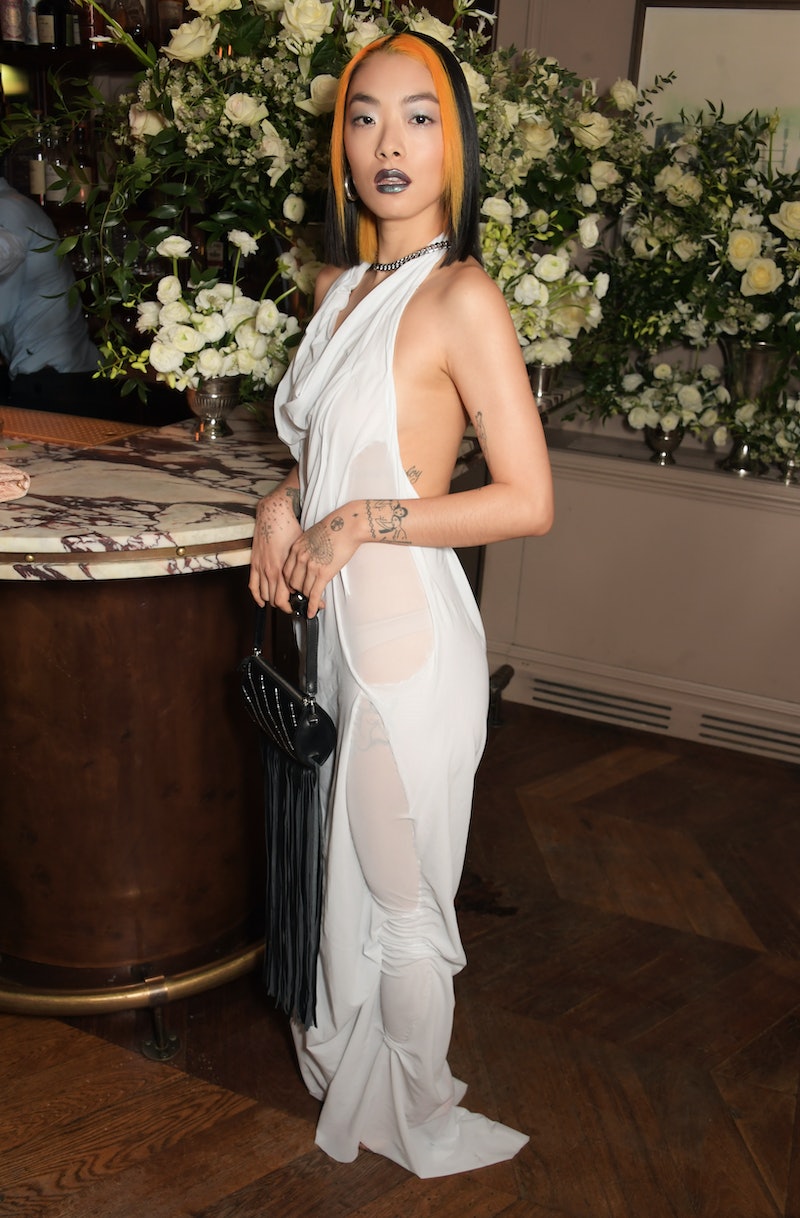 As one of Britain's most exciting breakthrough artists, the absence of Rina Sawayama's debut album on the Hyundai Mercury Prize shortlist was very obvious. Even Elton John expressed his astonishment at the oversight, plugging Sawayama on Instagram. Now Sawayama has spoken out about her reaction to being ineligible for consideration for the Mercury Prize and The BRIT Awards, due to technicalities about her nationality.

"It was so heartbreaking," she told VICE on July 29 about finding out that not holding a British passport was holding her work back from being recognised by the country's top music awards. "I rarely get upset to the level where I cried. And I cried." The singer said she found it "othering" to be denied entry based on her nationality and identity.

Sawayama moved to the UK when she was five-years-old from Niigata in central Japan. Due to Japanese immigration laws preventing dual-citizenship, the singer holds an indefinite leave to remain (ILR) visa in the UK which provides no "time limit on your ability to stay in the UK," as the government states and regards you "as settled" in the country.

"All I remember is living here," she explained. "I've just lived here all my life. I went to summer school in Japan, and that's literally it. But I feel like I've contributed to the UK in a way that I think is worthy of being celebrated, or at least being eligible to be celebrated."

As Sawayama holds a Japanese passport instead of a British one, she doesn't meet the current criteria for both award ceremonies. Strangely, the singer received a grant from the BPI Music Export Growth scheme in support of her work, which is "also the industry body that organises both the Mercury and BRIT Awards," VICE reports.

And it's not like it isn't possible to relax these rules, as the Ivor Novello Awards allow non-British citizens eligibility as long as they've lived in the country during the calendar year of nominations.

Sawayama considered renouncing her citizenship to become eligible, but feels she'd be "severing ties" with her family who reside in Japan. "I have no family in the UK," she told VICE. "They all live in Japan. So getting rid of my Japanese passport genuinely feels like I'm severing ties with them. I think a lot of people feel that way about their passports."

"I fundamentally don't agree with this definition of Britishness," Sawayama continued. "I think I'm really British, and I don't like just sorting out a symptom of something and leaving the cause to someone else to deal with. If arts awards are creating their own version of border control around their eligibility, I think that's really problematic."

"What I just want is for all the awards to look into indefinite leave and change the rules to what Britishness means to them," she said. "I don't ever want anyone to ever feel like this, when they've worked so hard on something and everyone can see that you've worked really hard, but the people who reward excellence in this country don't."

More like this
8 Easter Eggs From Taylor Swift's “Lavender Haze” Music Video
By Shahed Ezaydi
Here’s How You Can Watch The Grammys 2023 In The UK
By Emma Madden and Catharina Cheung
Twitter Is Saying The Same Thing About Beyoncé's Renaissance World Tour
By Shahed Ezaydi
“I’m Not Here To Make Friends” Speaks To A New Sam Smith Era
By Maxine Harrison
Get The Very Best Of Bustle/UK
Sign up for Bustle UK's twice-weekly newsletter, featuring the latest must-watch TV, moving personal stories, and expert advice on the hottest viral buys.